Why can’t America defend Brittney Griner as if she owned the vapes? 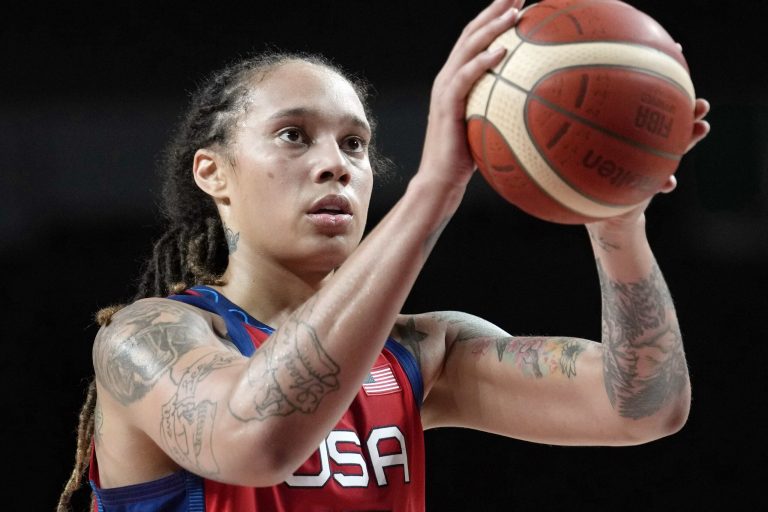 Tomorrow marks WNBA All-Star Brittney Griner’s first full month of imprisonment in Russia. Sadly, it may not be her last month spent behind bars.

With every passing day the Russian invasion of Ukraine grows bloodier, US-Russian hostilities get nastier, and Griner’s path to freedom becomes more difficult to envision.

Meanwhile, the American media’s coverage of Griner has begun to coalesce around a narrative of innocent entrapment. CNN recently headlined her arrest as “the most audacious hostage taking by a state imaginable.” The Washington Post quoted a former US ambassador to Poland who suggested the two-time Olympic champion “could have been framed and targeted for the crime.”

“It would be just like the Russians to do this,” he added.

Could Griner have been set up by Russian officials? Certainly. Nations hostile to the United States have been known to frame visiting Americans to gain political leverage. But those victims are typically journalists or religious missionaries, irritants in the eyes of the state. Griner is a superstar athlete who plays for a team that’s the pride of Russian basketball. In three of the past five seasons, Griner has led UMMC Ekaterinburg to the EuroLeague Women’s championship.

National media outlets need to distance the WNBA star from cannabis in order to defend her. That’s old-school Drug War stigma in action.

So it’s odd to see these American media outlets bend over backwards to portray Griner as the victim of state skullduggery. Buried within their reports is an unstated assumption that Griner, a seasoned professional athlete, wouldn’t dream of using or traveling with vape cartridges. It’s as if CNN, the Washington Post, and ESPN need to disassociate Griner from cannabis in order to defend her.

Here’s what almost nobody is talking about: It is a real possibility that Griner owned the vape carts that the Russians claim they found in her luggage. But to entertain the notion is seen as traitorous, playing into the hands of the Russians, besmirching the reputation of a basketball and social justice hero.

And that, my friends, is good old-fashioned Drug War stigma in action.

Pro athletes eager to embrace cannabis, but are leagues listening?

The latest on Brittney Griner’s situation

News of Griner’s arrest first leaked out on March 5. But subsequent reports indicate she was initially detained by Russian Federal Customs Service agents at Moscow’s Sheremetyevo Airport on Feb. 17, one week before Russian forces invaded Ukraine.

A statement from the Russian Customs Service, reported in the New York Times, claimed that an inspection of Griner’s luggage “confirmed the presence of vapes with specifically smelling liquid, and an expert determined that the liquid was cannabis oil (hash oil), which is a narcotic substance.” In Russia, bringing hash oil into the country is a crime punishable by 10 years in prison.

Griner’s advocates are working behind the scenes to secure her release. Rep. Colin Allred, a member of Congress from Texas, has been in touch with US State Department officials. (Griner grew up in Houston and attended college at Baylor University in Waco.) Rep. Sheila Lee, who represents Houston, brought up Griner’s case with President Biden earlier this week. But with US and NATO officials scrambling to help Ukraine—while not setting off World War III—the plight of a single American caught in a weed-at-the-border incident may not be Priority One in the Oval Office.

Many angles to this story

There are so many dynamics at play in Griner’s case that it’s hard to know where to start. There’s the fact that top players like Griner, Breanna Stewart, Diana Taurasi, and Sue Bird can earn four times their WNBA salaries by performing in the off-season for Russian teams—some of which are owned by Vladimir Putin’s oligarch chums.

There’s the difficult position of a player like Griner, an outspoken advocate for LGBTQ rights, living and working in a country that has outlawed the “propaganda of nontraditional sexual relations.” Under the vague cloak of that cruel law, Griner’s own marriage to her wife Cherelle might be considered a criminal act.

There’s also the current geopolitical conflict over Russia’s invasion of Ukraine, which has effectively trapped Griner behind enemy lines at the worst possible moment.

All of these angles have been addressed—by CNN, by the Post, by national sports platforms and local Texas TV news stations.

You know what hasn’t been addressed? The cannabis.

Look, we all see the world through the lens of our own interest and experience. The Washington Post looks at Brittany Griner and sees politics. ESPN looks at Griner and sees sports. Leafly sees a pro athlete who, like many others, may be using cannabis to manage her mental and physical health.

But why are we the only outlet to consider the cannabis?

Seriously. On our site and podcast, Josiah Hesse, the author of a book about athletes using cannabis, wrote that upwards of 80% to 90% of athletes in some sports use cannabis before, after, and sometimes during competition. Former Denver Nuggets star Kenyon Martin once estimated that 85% of all NBA players use cannabis. Hesse found that athletes use cannabis to rest, recover, and maintain their mental and physical health over the course of a punishing season of work. Many of them turn to cannabis to protect their health from the ravages of opioids or other liver-destroying drugs.

Why would we assume WNBA players are any different?

Brittney Griner is not alone: Here’s why pro athletes are using cannabis

Life in a legal state

Consider this. Brittney Griner lives and works most of the year in Phoenix, Arizona. Last fall she took the Phoenix Mercury to the WNBA finals, where they lost to the Chicago Sky. That long finals run followed a year in which she played a difficult Covid-racked EuroLeague season for Ekaterinburg, then won gold with Team USA at the Tokyo Olympics. The previous year Griner had withdrawn from the WNBA’s Covid bubble in order to address her own physical and mental health issues.

Those of us who enjoy cannabis in legal states know many things that people who live in prohibition states don’t. We know that it’s easy to forget how insanely illegal cannabis still remains in other states and countries—because in a legal state, cannabis is as ordinary as beer, wine, or Advil.

In most states, airport TSA agents don’t even check for cannabis anymore. If Griner kept a couple of vape cartridges in her toiletry kit alongside a toothbrush, tweezers, and ibuprofen—like a normal adult—as she traveled to away games during the WNBA season, it might have slipped her mind that crossing an international border with that same kit could land her in jail.

It happens. It’s happened to friends of mine. It even happened to me once, years ago. As my fellow passengers readied for landing in Toronto, I remembered a handful of infused gummies stashed in my backpack to help me sleep on the plane. Result: Your man enjoyed a mellow stroll through the 416 that afternoon.

This is what confounds those of us who live in legal states and countries. Cannabis prohibition makes no sense. Millions of people—including professional athletes—enjoy it in good health every day.

And yet when that enjoyment spills out into the light of day, institutions like CNN, the Washington Post, and ESPN turn away—and worse. One “expert” quoted by CNN framed the vape cart accusation as if it were libelous. “This is being reported as if people are taking these allegations seriously,” he said. “I think that’s a huge mistake to report these allegations as if they’re true or even are likely to be true.”

In other words, to consider the possibility that Brittney Griner actually carried a couple of vape carts on a business trip is to besmirch her reputation and play into the hands of those dirty Russians.

If nothing else, Brittney Griner’s unfortunate predicament may help some Americans wake up to the truth: Good people do smoke marijuana.

I’ll go further. Millions of good people—and great athletes—enjoy marijuana. So do people who may not be so good. And you know what? Bad people shouldn’t be thrown in prison for marijuana either. Let’s defend Brittney Griner and cannabis. Because nobody deserves to be arrested for looking after their health or bringing a little more joy into their life.