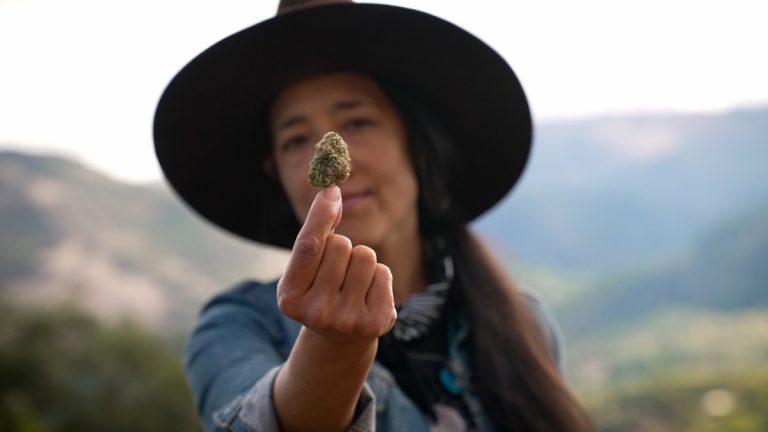 The Emerald Triangle community brought us (yes, you) the first craft cannabis—now they’re fighting to keep their legacy and their future alive.

In the Emerald Triangle of Humboldt County, California, craft cannabis cultivation goes back generations. This community of farmers and their families endured the War on Drugs, creating some of the finest bud available even during prohibition. They got their hands dirty each growing season and built lasting bonds with the plants that let them carefully coax out the best in their crops, whether they were taking their chances with a new strain or revisiting an old favorite.

The Emerald Triangle is still one of the very finest cannabis regions in the world, like Tuscany is for wine.

Today, a new generation of farmers, some following in their families’ footsteps, are keeping that legacy alive. The Emerald Triangle is still one of the very finest cannabis regions in the world, like Tuscany is for wine. It’s the kind of premium herb that can only come from careful, hands-on cultivation, rich in terpenes and cannabinoids with unmatched tastes, aromas, and effects. Each harvest is a fresh experience.

But as more large-scale, venture-backed farms move in, the legacy growers of the Emerald Triangle are in great jeopardy.

The team at Boveda understands the issues facing these cultivators. Initially, the farmers turned to Boveda for two-way humidity control solutions to protect the complex terpene profiles of craft cannabis. As the relationship deepened, Boveda heard the struggles facing partner farms and wanted to help raise the flag.

Boveda’s Legacy Southern Humboldt County documentary series shares the inspiring stories of deeply rooted cultivators and offers some stunning views of cannabis in its natural habitat. The people behind Moon Made Farms, Huckleberry Hill Farms, Canna Country Farms, and Ridgeline Farms invited the Boveda team into their homes, giving them a glimpse of an intricate culture that goes back generations.

Learn more about them and the fight to preserve a place for legacy craft cultivators in the storied California region in these four mini-documentaries. Later this summer, a full-length feature is scheduled for release.

Episode 1: Tuning in with Moon Made Farms

In 2007, seeking escape from density and urban life, Tina Gordon moved to Humboldt County—and fate brought her to cannabis. She developed a 40-acre property that once belonged to a close friend into Moon Made Farms, known for its regenerative practices, lunar farming, and high-quality craft cannabis.

Having a small, hand-tended cannabis farm allows her to work with intention.

“What differentiates what we do is the level of intimacy in our approach,” she says. “One of the golden rules that we have here is to have eyes on every plant every day, and another is to tune in with all of your senses.”

“So actually having hands-on, eyes on, and being in the same space as the plant, I think that contributes as much if not more than anything else.”

Tina is particular about the soil, water, and air that come in contact with her growing plants. After harvest, she’s equally protective of the finished product by using the Boveda Terpene Shield. Boveda helps Tina maintain the full-terp experience, which transports the people who enjoy her cannabis to the special place where it was grown.

Ted Blair was raised in the Emerald Triangle in the early ‘80s, when the region’s farms had to operate in secret—no small feat with acres of pungent crops. Growing out in the open like he does with Canna Country Farms stands in stark contrast.

With the Emerald Triangle operating underground for decades, getting a license was a big, emotional decision for Ted—but it’s worth it to see his children carry on the family tradition.

“We’re stepping up, we’re not lying down,” says Ted. “They’re gonna have to pry this from our dead cold hands because it’s a legacy.”

Ted prides himself in bucking the mainstream, cultivating a strain for every taste instead of focusing on the hot strain of the day—and that includes his own genetics. His award-winning Canna Country #26 is a cult favorite, with an ocimene-forward terpene profile unlike anything else on the market today. Boveda Terpene Shield helps bring out its best. The flower took second place in the coveted Emerald Cup’s sungrown category, despite containing a mere 18% THC. This goes to show that a robust terpene profile is just as impressive as cannabinoid content, despite what current market trends suggest.

Johnny Casali is a second-generation Emerald Triangle farmer and remembers the early days of the War on Drugs too well. With surveillance helicopters as a constant presence, he grew plants on platforms in the trees to avoid detection. The War on Drugs also sent him to federal prison for eight years for growing the plant. But when he returned, his community welcomed him back with open arms.

Now, Johnny is still active in the community and runs the Emerald Cup-winning Huckleberry Hill Farms. He’s carrying the legacy of his mother, who was considered one of the best growers in Humboldt County. To this day, he grows descendants of a strain cultivated by his mother. In her homage, Johnny created a popular strain called Mom’s Weed.

“What differentiates our product from Big Ag products is that we don’t just pour things from a jug into a tank,” says Johnny. “TLC doesn’t come in a jug.”

Johnny uses Boveda Terpene Shield to ensure that temperature and humidity changes don’t take away all the hard work and passion he puts into his flower before it reaches the consumer’s hands.

Jason Gellman, like Johnny and Ted, was raised in the Emerald Triangle growing community.

Growing up during the height of the War on Drugs, Jason witnessed the horrors of prohibition firsthand. Now, in an era of legalization, he is fighting to keep Humboldt on the map as the community struggles to survive.

The legacy of the original craft cannabis

Tina, Ted, Johnny, and Jason run independent farms, but they’re all part of the same community, one forged by survival, hard work, and a love for the plant. For decades, this community put itself at great risk to create some of the finest cannabis in the world.

But with the industrialization of cannabis, small farms like the ones in the Emerald Triangle could disappear forever.

Hear the stories, knowledge, and struggles of these farmers in a full-length documentary, featuring these four farmers and others working to save this way of life.

You can watch the trailer for the documentary now.

Save the Terps! The Original Terpene Shield is a two-way humidity control packet designed specifically for preserving cannabis in its finest form, protecting terpenes while preventing the buds from drying out or getting moldy. This patented technology allows purified water vapor to either be emitted or absorbed to maintain Equilibrium Relative Humidity within a sealed container. A thin layer of water molecules forms around the trichomes of the cannabis flower, shielding them from the air.

This not only protects the uniquely rich terpenes of Emerald Triangle bud, but also helps take some of the guesswork out of the curing process for producers. Boveda is available in several sizes to protect every stash size—from single joints to giant bins—and two relative humidity options at 58% RH and 62% RH.