Toolkit: How to talk to kids about cannabis 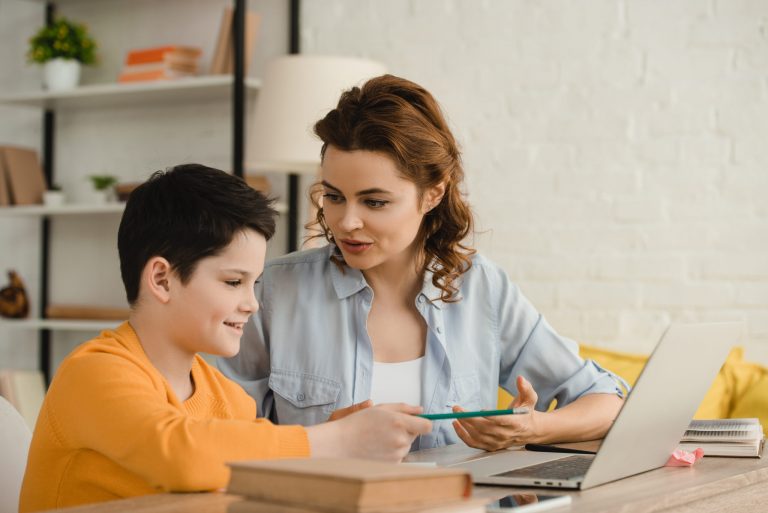 When it comes to talking to kids about cannabis, many parents don’t know where to start. From what’s age-appropriate to what language to use, the stress around opening up the conversation can leave many to put off having the conversation altogether.

Open communication is important and cannabis is no different. Just as having a dialogue about sexual health results in improved outcomes, many parents say that having open conversations about cannabis with their kids helps reduce the stigma and appeal.

Moms who work in weed know the value of open communication

Jess Moran, the founder of Known Group, says that she started speaking to her kids about pot from a very young age because she works in the industry, as well as a medical cannabis advocate. Her daughter takes medical cannabis (CBD) to help with her acute insomnia as part of her autism and mental health issues.

“I came by it honestly, and it seems since they were little it’s always been a part of their lives,” she says. “I largely work from home, and run a cannabis agency, so from a young age they heard me talking about cannabis a fair amount.”

She says that because of her daughter’s journey, all her kids got to know about the plant first as a medicine, and as they grew older (11 and 12), they understand medical use vs recreational, as well as the difference between the regulated and unregulated market.

“My son, in Grade 1, even raised his hand in health class when they were talking about treatments and spoke about how medical cannabis can help patients,” she says.

“One time I was eating a chocolate bar [that I] didn’t want to share. He asked, ‘Oh, because it has cannabis in it?’ It didn’t, but I said ‘yes’ and kept it to myself!”

For Gill Polard, her work in the industry naturally led to conversations about cannabis with her children.

“My kids have grown up with us talking about it at home a lot. I think it’s not very interesting or exciting to them. It’s just the plant that mom is always talking about.”

She says her children are familiar with the plant as she grows it in her yard. They understand that there are many different ways that adults can use cannabis and that it’s not just about getting high.

“They see me make balms or tinctures with it to use therapeutically, so they get that. In general, I treat it like any other thing in the home that they can’t have yet: alcohol, certain medications, lit candles in their rooms. We’re very open about it being something they may use when they’re older, but not until they’re older.”

Polard says it’s important to talk to kids about cannabis because knowledge is power, and the best way to reduce harm is with education.

“My hope is that they can make better decisions when the time comes if I have armed them with information.”

The Get Sensible Youth Toolkit is a great resource for parents wanting to talk to their kids about cannabis. It helps to support non-judgmental conversations and is available as a free download.

The Cannabis Talk Kit from Drug-Free Kids Canada is another excellent resource for parents who want to have judgment-free discussions rooted in evidence. They also have resources for talking about other drugs, including alcohol.

The Substance Abuse and Mental Health Services Administration has a helpful pamphlet for talking to your child about cannabis. It includes advice about talking with your children about having an “exit plan” if they are offered cannabis.

The Government of Canada also has a resource for teens that educates them about the risk of using cannabis to a developing brain, as well as different cannabis terminology and slang.

For Devon Scoble, safety was the top motivator for opening up the cannabis conversation.

“I started the cannabis conversation with my son when he was around four years old,” she says. “I was working in the cannabis industry at the time, so that was one reason. But I also keep edibles in the house, so safety was another.”

She says her son knows what cannabis packaging and the cannabis symbol looks like, where she keeps her securely stored edibles and beverages, and that these products aren’t safe for him or for the family’s dog.

“Those safeguards have served us well,” she says, “The side benefit of this is that one time I was eating a chocolate bar and didn’t want to share. He asked, ‘Oh, because it has cannabis?’ It didn’t, but I said ‘yes’ and kept it to myself!”

Now at nine years old, Scoble talks with her son about the different ways people use the cannabis plant, and their risks and benefits.

“He knows that THC-containing products can be risky for kids while their brains are still developing. His peers haven’t started using it, but he knows that when the time comes, he can come to me for real talk on cannabis.”

Scoble says another important reason to talk to her son about cannabis was because of the amount of misinformation available.

She encourages all parents to talk about cannabis with their kids, especially parents who don’t want them using it.

“If my passion for the topic has done anything, it’s to drain my child of interest. Bring it up all the time, and your kids will start treating it as another boring thing adults do.”

Moran agrees, adding, “I would rather give my kids the right information, like any other sensitive topic, such as alcohol or sex. I would rather be the one providing the accurate and correct information, as opposed to an untrusted source at school or on the internet.”

Moran says parents should start to talk to their kids about cannabis at a certain age—when they feel they are ready, as every kid is different. She says the reality is, especially with social media and the internet, they are going to find out regardless, and they will be faced with consumption decisions. So educating them and destigmatizing at the ‘right’ age is best.

Caitlin McCormack is a writer based in Toronto. Her work has appeared in MSN, Lift & Co., HuffPost, What to Expect, and Mashable, among others. When she isn’t writing, she’s busy chasing after her two sons, testing out new recipes, and working on her century-old fixer-upper.