This restaurateur wants cannabis on menus across Canada 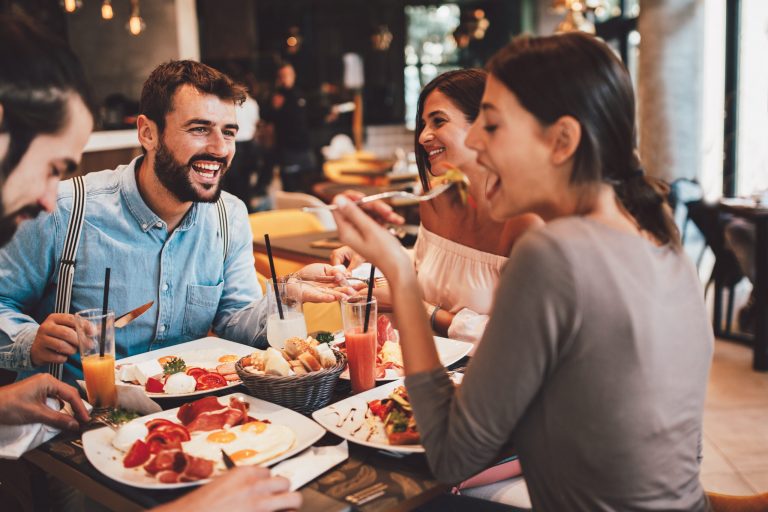 An Ontario man believes cannabis belongs in restaurants, and he’s trying to make that happen. It will be a difficult journey, but this is not the first big challenge he has faced.

Jeremy Smith has been through hell. He was diagnosed with Crohn’s disease and a swallowing disorder last year. In the months that followed, he suffered from blood clots in his heart, lungs and other parts of his body.

Smith had to leave his job at a hospital near his home in London, Ontario and is now on disability. But instead of breaking him, the adversity has made him stronger.

Smith is now a man on a mission. He aims to change laws to allow cannabis-infused foods to be prepared and sold in restaurants and other eateries.

The 35-year-old father started on the path toward advocacy when he fell ill.

He finally tried cannabis and it succeeded where conventional medications had failed. Although he still faces health challenges, Smith is faring much better than he was.

Inspired by his experience with cannabis, Smith became interested in opening a restaurant that would serve cannabis-infused dishes in-house and also send them to customers elsewhere as pre-packaged meals.

He even picked a name for the restaurant—Les Munchies. But Smith, who once worked in the food industry for five years, discovered there were legal obstacles in his way.

Change is needed on both federal and provincial levels

In fact, cannabis products can’t even be manufactured in the same building as other edible products. Even if restaurants were allowed to make cannabis-infused food under federal law, they would need provincial approval to sell it.

Government officials told Smith the first step in changing the law is providing proof of concept—evidence that an idea is feasible.

The first one calls for change at the federal level. It was posted on the House of Commons website in July and garnered almost 400 signatures in two months including one from Timmins-James Bay NDP MP Charlie Angus.

The second petition consists of handwritten signatures, and it can be found in more than a hundred cannabis retail outlets in southern Ontario, from Hamilton to Windsor.

“Many MPPs have expressed support for this initiative,” says Smith. “They think this is the year to make the [legislative] change because of damage caused by the pandemic. They see this initiative as a way to help a battered economy.”

Smith has already collected more than 10,000 signatures and plans to submit the petition to some Ontario MPPs before they return to Queen’s Park in October.

Restaurants Canada isn’t totally on board

Smith’s campaign would benefit from the backing of the restaurant industry too, but it seems unlikely he will get it.

Restaurants Canada, a national association representing the foodservice industry, has said that if cannabis is permitted to be sold in eateries, it should be sold in those that already exist.

Not in new cannabis-focused establishments like the one Smith envisions opening—that could be cost-prohibitive.

“My guess would be that, in order to avoid cross-contamination between cannabis and non-cannabis food items, entirely partitioned preparation areas might be required,” says Chad Finkelstein, a partner at Dale & Lessmann, a Toronto-based law firm that provides legal expertise for the cannabis industry.

“That would result in considerable expense.”

Nonetheless, Smith is determined to push for legislative change and he remains optimistic. He draws his greatest inspiration from individuals who, like him, rely on cannabis to treat health conditions.

“Many people have told me about their health struggles,” he says. “It feels amazing to be doing something to help them. I never saw this as a career path but I feel I’m destined to do it.”

Randi Druzin is an author and journalist in Toronto. She has worked at several major media outlets, including the National Post and the CBC, and has written for dozens of publications, such as The New York Times, Time magazine, ESPN The Magazine, and The Globe and Mail.