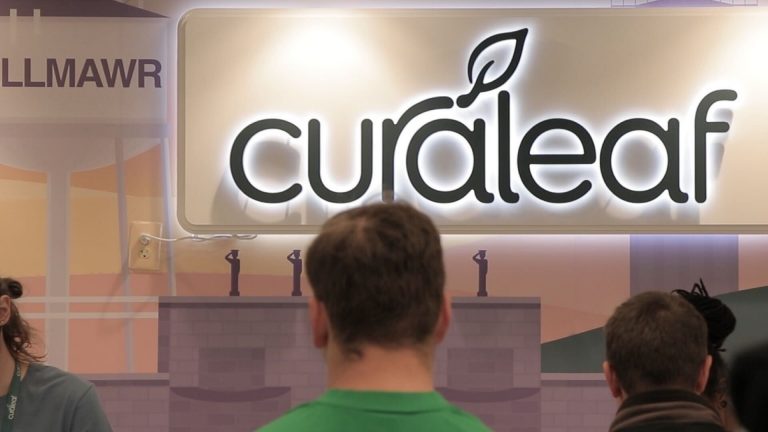 A store across the river from Philadelphia is making boatloads from cross-border customers.

Medical cannabis dispensaries have been open in Pennsylvania since 2018. But the state’s 343,634 patients (2.68% of state population) still struggle to find affordable medicine.

Non-medical consumers are also growing tired of Pennsylvania’s archaic possession laws, along with broken promises from lawmakers that a legal rec market is coming soon.

But the Curaleaf store in Bellmawr, New Jersey, isn’t complaining about the lack of access and affordability in PA. Located just a short drive over the NJ-PA border from Philadelphia, the store’s budtenders are selling roughly 11 packs of 3.5 grams per minute during business hours, according to early estimates from Mike Regan of MJ Research Co.

Federal and state law forbid visitors from taking cannabis across state lines. But that doesn’t seem to be stopping a lot of Pennsylvanians from driving down the road to purchase legal, lab-tested products.

NBC-WGAL in Lancaster, Pennsylvania reported seeing “a number of vehicles in Curaleaf’s (Bellmawr) parking lot had out-of-state license plates, including tags from The Keystone State. Some PA medical patients may be drawn by NJ’s recreational prices of $45-$60 per 3.5 grams of flower, instead of the $60 average they see back home. And they’re definitely taking note of the $28-$50 range that New Jersey medical patients are now paying for an eighth.

Curaleaf executives said in an earnings call this month that the company’s Bellmawr store is on pace for $100 million in revenue this year, up from $50 million before day one of adult-use sales. At that run rate, Regan estimates that the Bellmawr location is collecting around $274,000 per day, or $4.9 million since April 21.

With 131 retail locations in 22 states, Curaleaf is the nation’s largest state-licensed cannabis operation, according to Barrons.

All NJ dispensaries brought in almost $2 million from 12,000 customers in their first day of sales, according to New Jersey’s Cannabis Regulatory Commission. With more cultivators and providers entering the market soon, the Garden State could be seeing green for as long as it takes for their neighbors to catch up.

In December, Pennsylvania Gov. Tim Wolfe told lawmakers to get the state’s recreational cannabis market moving quickly. But his tweets on the topic haven’t inspired Republicans and Democrats to get on the same page about how to roll out a healthy legal weed market.

Legalization advocates are hoping the boatloads of cash lawmakers are seeing drive over the river to New Jersey will help create more urgency.

John Collins, recently retired director of Pennsylvania’s Office of Medical Marijuana, warned the Philadephia Inquirer that price fixing among large corporation is a real issue in PA’s medical cannabis market. In March, the State Health Department demanded an investigation into accusations of price gouging in the industry, and others have pointed out that falling wholesale prices are not being reflected on dispensary menus.

PA’s medical program was signed into law back in 2016, but patients are still waiting for prices to fall, with some patients spending up to $1,500 per month to secure their medicine legally.

Only buyers in Illinois pay more per eighth of legal flower ($60.42) than patients in Pennsylvania ($58.86 per 3.5 grams), nationally. Those high prices can force those with debilitating conditions to turn to street sellers, saving 50% or more by shopping with unlicensed dealers. Those products lack the lab-tested purity, quality, and dosing assurance of legal products. But for some patients, the high prices in dispensaries leave them little choice.

What to expect at NJ dispensaries

After a huge first week, New Jersey still hasn’t run out of weed

In March, NJ regulators said the state was 100,000 pounds short of the legal supply needed to meet the expected flood of demand from New York and Pennsylvania consumers. CRC officials worried the 15-minute drive over the Delaware River from Philadelphia could overwhelm locations like Bellmawr’s Curaleaf. But that location has not suffered any major shortages for medical or recreational buyers to date.

The same is true for North Jersey dispensaries like RISE’s Bloomfield and Paterson locations, and Montclair’s Ascend dispensary, which are all just a short drive from New York City, another major metro area full of eager customers.

How NJ got ahead in the tri-state cannabis race

Curaleaf is one of the fully-vertical cannabis companies that’s been serving New Jersey’s medical patients for years. In April, Curaleaf’s Bellmawr location became one of 7 medical providers (known as alternative treatment centers) to receive permission to open some of their existing dispensaries to recreational buyers.

The expansion plan was highly scrutinized by residents and the state’s CRC board. Many advocates demanded full transparency of the licensing process, and prioritization of applicants from marginalized groups.

On March 15, the CRC started reviewing hundreds of new applications for retail dispensary licenses, but no awardees have been announced yet. The board had approved 102 applications for cultivators and manufacturers as of April 11.

As of March 31, the CRC received 732 license applications. 511 of those were from Diversely-Owned Businesses (70%), 213 from Social Equity Businesses (29%), and 310 from Impact Zone Businesses (42%), according to the CRC. Of the 732 applications received, 410 applications are now under priority review.

Travel safely if you choose to purchase

Every legal state that borders an illegal state sees booming sales at stores near the border. In Oregon, for example, stores near the Idaho border see a steady stream of Idaho license plates outside their doors. In the early days of adult-use legalization in Colorado, Kansas state troopers hung out on the border to profile and bust traveling tree-lovers. But a federal court eventually brought that to a halt, ruling that Kansas cops couldn’t stop vehicles just because they had Colorado plates.

There are no reports of state trooper traps in Pennsylvania so far, but it’s smart to take precautions. Always lock your purchase in your trunk, no matter where you’re traveling.

In the meantime, Curaleaf is building at least two new locations in New Jersey that will be larger than the booming Bellmawr shop. Just in case Pennsylvania lawmakers needed an extra push to get things moving.

More from the weed-wild East Coast

Joe Evans is a journalist, writer, editor, and contributor to Where’s Weed, Leafly and more, with over 5,000 published articles on topics like cannabis, politics, automotive news, sports, pop culture, and even a cult. You can follow him on Twitter @JoeEvansBlogs.