There’s something about Mary Pryor 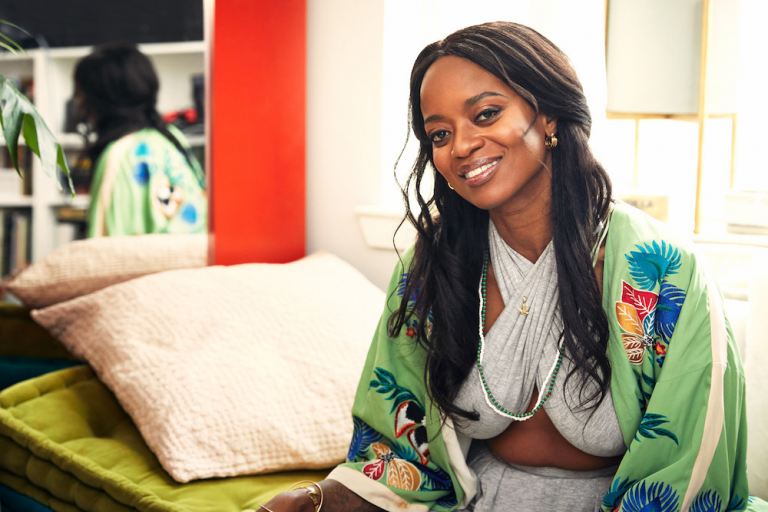 And by people, I mean people that say, “Do more; do better, and do it now.”

People that will remind you that the balance sheet that puts billions of dollars into the pockets of highly-visible cannabis corporations would never be possible without all of the Black and brown people who were sacrificed in the so-called “War on Drugs.” And more than anything, we need people like Mary Pryor to not be villainized for the role they play.

Who is Mary Pryor?

Professionally, Mary Pryor is the co-founder of CannaClusive, a collective aimed at driving diversity, equity, and inclusion in the cannabis space; Cannabis For Black Lives (CfBL), an organization that makes it very easy for the types of companies mentioned above to put their money where their mouth is; Fit For Us, a company aimed at improving the health and wellness of minorities in a world that wants us all to die from diabetes; Breaking Bread NYC, a nonprofit aimed at feeding homeless people in a world that acts like the less-fortunate aren’t even human; and the Chief Marketing Officer for TONIC CBD.

Personally, she is so much more.

Mary Pryor was raised by her grandmother as her mother navigated Multiple Sclerosis and her father battled drug addiction.

She grew up wanting to be a lawyer, then an engineer. As a child, she was a giant introvert that only cared about crayons and paints. That is until 8th grade when Mary had to defend herself against a bully that called her the n-word.

“I blacked out and fought her. The private school I went to ignored my complaints about being bullied, [so] my whole family pulled up and threatened to sue the school. I skyrocketed into being one of the most popular girls in school after that.”

She’s been defending herself against bullies ever since. Now, instead of it being in a private school in Michigan, it’s against cannabis conglomerates, MSOs, and sometimes, even fellow DEI advocates.

When a straight shooter like Mary walks into the room, egos get bruised and anxiety can soar. But by now, she knows why. It’s because Mary isn’t afraid to demand that the cannabis industry right its wrongs.

How to show up for women and minorities in cannabis

The fuel behind Pryor’s fire

Mary is Detroit to the core. She tells it like it is and lives within her truth. She is giving, community-oriented, and big-hearted. She’s also wildly talented at reading people’s energies. In 2015, after entering the space to find medicine, Mary was blown away to see that the legal cannabis industry was dominated by white males, and even more dominated by questionable products.

Her signature observations and her willingness to speak out in the cannabis industry blossomed from there. Since co-founding CannaClusive in 2017 along with Tonya Flash and Charlese Antoinette, Mary Pryor has become a premier voice in the arena of cannabis social equity. She’s been featured in USA Today, Essence Magazine, and has even become an advisor for The Parent Company, which owns Jay-Z’s Monogram.

Luke Anderson, co-founder of CANN and a founding member of Cannabis For Black Lives, explains what it’s like working with someone with Mary’s level of confidence.

“People think she’s scary; I was one of them. She has a razor-sharp bullsh*t detector, and for someone who was just learning about diversity and inclusion with respect to the cannabis industry, that can be very intimidating. She’ll call you out, but she will also call you in.”

Little do people know that notoriety was never the goal for Mary. Safe access to the medicine that helps her feel better from the pain and inflammation of Crohn’s Disease was the goal.

“I’m in this for the betterment of my life, and I’m very particular about what I consume and who I get it from. It’s one of the reasons I work with Tonic. I’ve been to the farm, I know [Tonic CEO Brittany Carbone] doesn’t play around. I know she cares about the integrity of what we do.”

CannaClusive has also launched The Accountability List to hold people accountable for performative commitments to social change. In the future, the organization is looking to branch out into more regional spaces with nationwide partners. The goal is to have different representatives in each state as states continue to legalize marijuana one by one so that social equity can effectively be fought for everywhere, and they need support for that too.

“The small potatoes is [talking about] equity, the big potatoes are access and capital opportunities in the cannabis space.”

Companies that wish to participate in the fight for change can do so, immediately and directly, through Cannabis for Black Lives.

Danté Jordan is a former member of the Leafly Subject Matter Expert team, and current freelance writer, video producer, and media consultant specializing in cannabis culture, strains, products, education, and everything else related to that lil’ green flower. Contact him at smokingwithdante on Instagram, or dantenetworks(at)gmail(dotcom). His website is www.dantejordan.com.