The (possibly) best and worst countries to get caught with pot  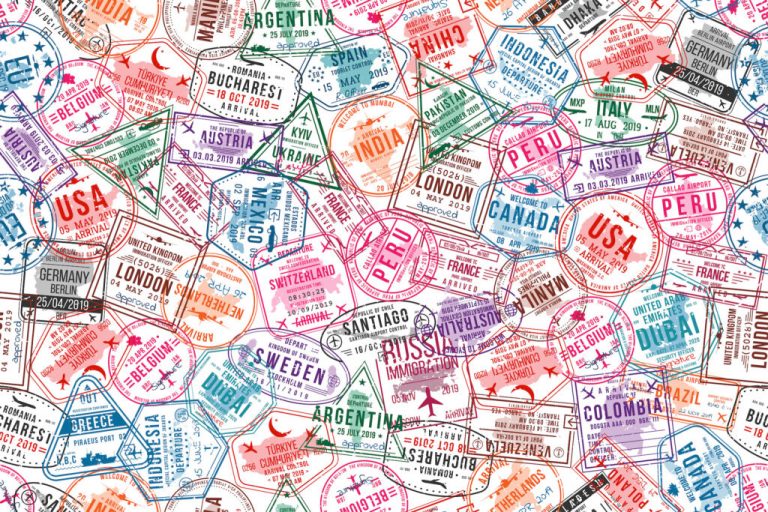 
This article was written by Andrew Ward and originally published on Benzinga.

Returning to world travel and current events has recently brought cannabis travel back into the spotlight. People are traveling again despite ongoing COVID-19 worries and increasing Moneypox cases.

At the same time, the 9-year sentence of WNBA star Brittney Griner in a Russian court for two cannabis cartridges sparked outrage and worries about traveling with pot.

Griner’s case closely resembles Marc Fogel’s, who was sentenced to 14 years in a Russian prison in June.

No matter the person or country, it’s wise to be aware of the local cannabis laws and the nation’s approach to policing, even as cannabis acceptance grows.

The world warming on weed

A September 2021 global cannabis growth report released by New Frontier Data found that 70 countries have legalized or decriminalized cannabis in some form.

In North America, Canada has approved adult use, the United States has state-by-state legality, and Mexico’s Supreme Court legalized cannabis, but a marketplace hasn’t been established. Meanwhile, the Caribbean is starting to see its first signs of access to medical reform.

South America has seen a wave of reform, with various nations allowing low- or high-potency medical access. Several countries in central and northern South America and Central America prohibit cannabis in all forms.

Africa remains largely prohibitive of cannabis. However, a handful of nations have legalized low-THC medical access. Like Mexico, South Africa’s court legalized cannabis, but a marketplace has not been established.

Most of Oceania remains opposed to cannabis in all forms. However, a few nations and US island territories have taken action on medical or adult use. Australia and New Zealand have medical cannabis laws, with the latter losing a narrow adult use ballot initiative in 2020.

Asia and Eurasia collectively remain the strictest block of land on cannabis. So far, only a few southern counties and South Korea have legalized low-THC medical use.

Countries like India allow exceptions, such as allowing the consumption of cannabis leaves for the traditional edible bhang. Other parts of the world, including Jamaica and Pakistan, have legalized or tolerated cannabis among various religious and tribal groups.

The worst nations to get caught with pot

The topic is a bit more nuanced than it may seem at first glance. Depending on the criteria, a person can pinpoint various nations as the best and worst for pot possession.

Global possession laws vary, as do opinions on the best and worst places to get nabbed.

In Iran, offenders can be lashed or face a death sentence depending on the kilograms. Contrasting reports in recent years have claimed the nation has removed the death penalty for cannabis, while others claim executions have continued.

Like Iran, several nations, including Singapore and Saudi Arabia, use lashings as punishment. Malaysia, North Korea, Vietnam, The Philippines, Thailand, China, Taiwan and other regional nations are also reported to execute offenders.

Death and long sentences aren’t the only parameters worth considering. Even short stints in harsh prisons can result in severe punishment.

Depending on the nation and facility, a person may be exposed to high levels of violence, overcrowding, hunger, and other adverse health risks. Some court systems are so backed up that people can be detained pretrial for years while awaiting their day in court.

The best countries to get caught with pot?

Nowhere is the honest answer. But if push came to shove, there are nations with friendlier regulations and prisons for cannabis possession offenses.

The best place to get popped is in a legalized or decriminalized nation where people can avoid prosecution, save for a possible fine. Uruguay and Canada, the two countries to legalize adult use, top the list.

Countries or parts of countries have taken measures to decriminalize the plant. As of August 5, 2022, the following have decriminalized or allowed possession through similar legislation:

Several additional nations are reported to ban the plant but don’t enforce the law. In rarer cases, autonomous zones, like Freetown Christiania in Copenhagen, Denmark, are allowed to sell, possess and consume cannabis.

What about the United States?

The United States presents an interesting state-by-state approach to cannabis laws and sentencing.

As many noted in recent years, the growing legal status of the plant appears to conflict with America’s ongoing imprisonment of individuals for cannabis offenses.

It is estimated that over 40,000 individuals are in state or federal prison for cannabis-related charges and that people continue to be arrested on new cases. Others have suggested the figure is closer to 31,000 as arrests decline in recent years.

Benzinga’s mission is to connect the world with news, data, and education that makes the path to financial prosperity easier for everyone, every day.