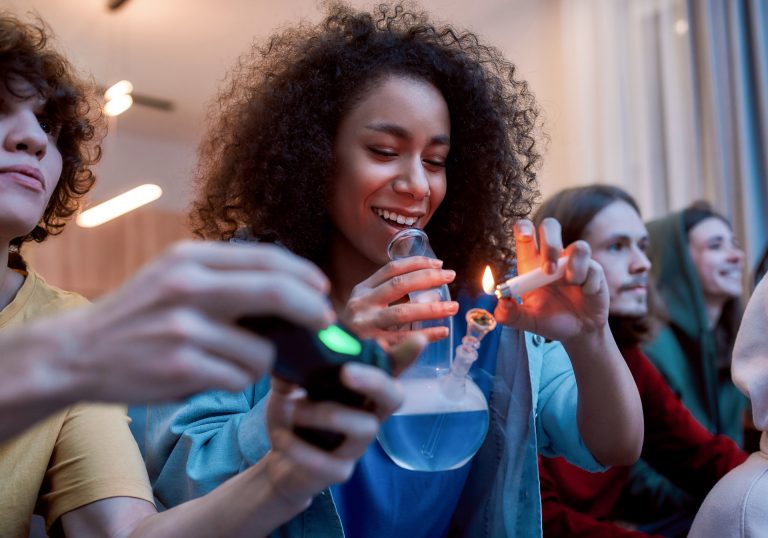 Through an app called Jointly, researchers studied information gleaned from more than 200,000 cannabis user experiences to better understand what consumers desire. Here’s what the data showed.

The report aims to demystify “purposeful and intentional” cannabis use across America. Data points include 206,000 sessions in total. The data from those experience logs were used as the basis for the report,” according to its authors.

“This report reveals distinct consumption trends that product manufacturers and retailers can use to capitalize on the U.S. legal cannabis market that is projected to reach over $57 billion by 2030.”

Roughly 140,000 recorded sessions noted the time of day, time passed since last consumption, physical activity, sleep duration, hydration levels, hunger levels, and side effects. Another 120,000 included information on the exercise type, quality of diet, type of food eaten during session, setting, and the presence of companions. This data was crunched into the full report, which can be requested for download here.

Part 1 of Jointly’s report, released in 2021, found that 2 in 5 consumers reported increasing their cannabis consumption during the COVID-19 pandemic. Jointly will reportedly release a third installment of the report covering archetypes that wrap consumer intention, demographics, and desires into distinct categories. Here’s what the data from Jointly’s latest consumer report revealed.

“Flower is the most frequently used product type, used in 60% of consumption sessions reported among purposeful consumers,” the Jointly report found. “Vapes (24%) and dabs (8%) are the second- and third-most commonly used products, respectively,” according to the data. “Together, these three inhalable forms account for 92% of consumption sessions reported.”

Flower is the most commonly used form for those who seek to meet certain consumption goals. But it is not the highest-rated at delivering on the desired results. The study suggests it’s possible that “while flower is more popular overall, those seeking specific outcomes prefer the standardization and sophistication of manufactured products.”

Beverages had the best rating

As far as processed cannabis goods, beverages were “rated very highly for helping consumers achieve their goals,” according to the report. “That may be related to easy dosing (e.g., most beverages contain one serving), their ready substitution for alcohol, or technologies (like nanoemulsion) which shorten time of onset,” the authors suggested.

The report found that “edibles and tinctures are more often used among older consumers than among younger consumers.” The data showed that those in the 58-76 age demo make up roughly 12% of the edible market and 3% of the tincture market. That is more than all 41-and-under participants combined. The report adds that “across most goals, ingestibles (e.g., edibles, drinks, and tinctures) tend to result in higher goal ratings than do inhalables (e.g., flower, vapes, or dabs).”

Of the recorded sessions, 50% were solo and 79% were at home. The authors added that common social use included “companions ranging from significant others (22%), to friends (15%), or family (10%).”

Enjoying social experiences with friends and enhancing intimacy with a significant other were the only goals that weren’t mostly pursued on a solo basis.

The authors suggest that at-home users may be seeking sleep, or lacking acceptable places to consume outside. The report also observed that, “consuming in nature, although uncommon, resulted in the best outcomes for six of the nine goals.”

Most people use weed for stress relief

According to the report, “relaxation and relief of everyday stress are the most common goals,” recorded by users of the app. Replacing other substances, like alcohol, caffeine, or opioids was the least common. But interestingly enough, those hoping to replace other substances had the highest success rate across all recorded goals.

The authors said “this could be because the act (of using cannabis) itself defines success, regardless of outcome.” The results show that beverages were most commonly chosen by those with the goal of replacing another substance. But, “concentrates were rated as most effective in reaching this goal, even though they were among the least effective for all other goals,” according to the data.

Ultimately, the report found that consumer experiences are equally dependent on the chosen product, the dosage level, and the environment in which they are consuming. The authors also concluded that cannabis use is about much more than just THC, because “product quality and formulation are important aspects to any experience.”

Some user goals were more impacted by non-cannabis factors, such as diet and exercise, while others appeared to be directly dependent on the cannabis use itself. For example, relaxation and pain relief were more connected with cannabis use, while enhanced intimacy was more connected tonon-cannabis factors. This demonstrates that for some goals, the plant itself can be the main driver for success, but for others, it can only do so much.

Many adults are using cannabis like coffee or pre-workout supplements, not alcohol, according to separate research conducted by San Francisco-based delivery platform Eaze. The results showed an increased relationship between cannabis use and activities like work, fitness and intimacy, reported Adweek.

About the report’s authors

Jointly is a data-driven sales software that helps retailers connect to their customers.

According to its consumption report, “Jointly was created on the premise that purposeful cannabis consumption is the key to unlocking a better you. Cannabis enthusiasts use the platform to find products, and to reflect on their experiences to reveal insights that help them reach their goals. They learn to create the conditions for their ideal experience by tracking the factors that can impact their results, while monitoring for possible side effects.”

“Stigma teaches us that cannabis is only about getting high,” said David Kooi, CEO and co-Founder of Jointly. “But its use is purposeful and relates to achieving certain goals. This is a survey of purposeful consumers.”

*Editor’s note: The data in Jointly’s report was self-selected and self-reported. It should not be interpreted as survey data.