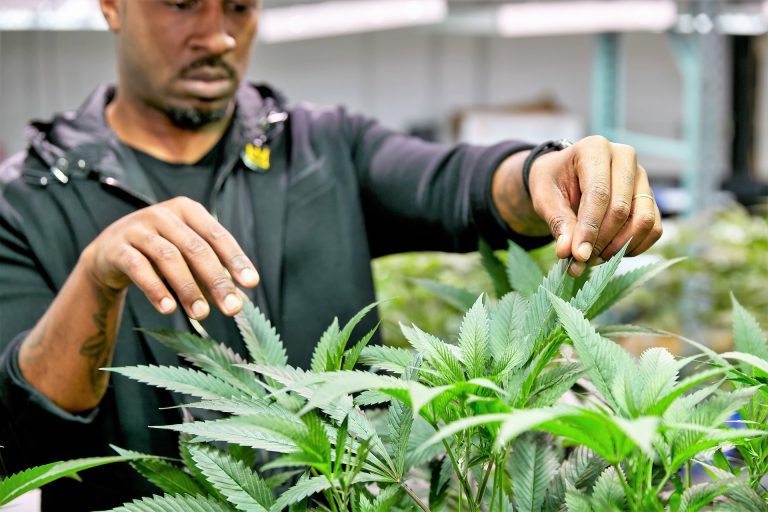 When it comes to weed in Oregon, LOWD is putting out some of the best flower out there. LOWD’s CEO, Jesce Horton, has worked hard to make that the case.

Recently, I hopped on the phone with Jesce to discuss the company’s journey into cannabis, what they’ve been able to accomplish, and the future they hope to create in this multi-billion dollar industry.

Danté Jordan: What were you doing before the cannabis industry?

Jesce Horton: Before cannabis, I was in the engineering field with Siemens. I started off doing more technical engineering then moved onto business development within energy and environmental efficiency.

When I went to Germany, I was doing mergers and acquisitions at headquarters, buying and selling companies in North and South America. When I moved to Portland I was doing sales in automation, robotics, and power generation equipment.

DJ: How did you transition into the legal cannabis industry?

JH: I just started growing in my basement; this was 2012.

At the time, I really loved it mainly because I love cannabis and different strains. I used to look at High Times magazines all the time and wonder how the hell that was even real, the weed in High Times versus what I was getting.

DJ: What was the moment where you realized I’m really good at growing weed and I can do this on a professional level?

JH: I don’t know if I thought I could do it just because I was good. I knew I was good enough because what I was taking to dispensaries, people were buying. At that time, if you had a medical card, you could just take your excess to a local dispensary. If they wanted it, they could buy it and put it on the shelf. I was doing that, and I saw they were calling me back and asking for more.

At the same time, I was buying new equipment off of Craigslist. I was buying some water-cooled light heat exchangers and talking to the guy about the industry. He told me he had two dispensaries and two grows, and he just seemed like a normal guy to me.

That’s what made me believe there was a business opportunity outside of me buying my weed.

JH: More than anything, LOWD stands for the best of connoisseur cannabis and connoisseur culture. That’s where the meaning of it all comes in. The acronym Love Our Weed Daily is all about people that wake up like me and you and just burn.

Those people really have a higher standard. It’s about meeting that quality of weed that connoisseurs love. But also, the term loud is all a part of our culture, and what we’ve come to coin as the best weed. It’s loud, it’s in your face, and it’s a representation of the truest cannabis culture.

DJ: Tell me about getting LOWD off of the ground. Your initial investment, licensing, finding your facilities, all of that.

JH: My initial investment when I first got started came from all friends and family. Mainly just family, and Black retirees that my dad knew from [his old job.]

Panacea Valley Gardens was the name of my [first] grow. And our dispensary was Panacea. Unfortunately, that had to shut down because of zoning. On 4/20 of all days, we got an eviction notice. I had to pay back all of my original investors out of my own pocket because I wanted to make sure they didn’t lose money.

JH: Right now we’re most known, without a doubt, for our SLAG jars. It’s very difficult to be innovative in the world of flower, outside of coming with the best, new genetics.

Our SLAG jars are focused on providing the most premium cannabis experience, similar to what growers get: the best bud, the best trim, the best cure, and the first to touch their buds.

The strains, without a doubt, right now our biggest sellers are Platinum Garlic Cookies, Cake Mints, and 503 Wifi.

DJ: What products are you looking to get off the ground next?

JH: We’re launching a lot of products in the second half of this year. Premium pre-rolls, our blunts, our concentrates, and our apparel, and merchandise.

Finally, we have a really dope innovative product called our Howlers, which is a reusable jar that gives our best customers an opportunity to get a discount on our products.

DJ: What are some of your greatest accomplishments in this industry?

JH: It seems kind of basic, but to build a cannabis brand that connects with people like me. That’s been my greatest goal.

At this point, I’ve finally accomplished it to a certain level where it’s built. There’s a lot of things we have to do to grow it, but building a cannabis brand that’s truly representative of my demographic, true smokers.

Second would be the Minority Cannabis Business Association and Nu Leaf Project. Nu Leaf Project will cross this year over the million-dollar mark on grants and zero-interest loans to Black and Brown businesses in the country, but mostly in the city of Portland and the state of Oregon. And building a team of people that enjoy what they do is something that keeps me going every day.

DJ: What are some of your greatest failures, and what did you learn from them?

JH: Definitely Panacea Valley Gardens is my biggest failure. I had a lot of friends and family who initially believed in me who were very excited.

When we had to close the doors, it was a really difficult time because we didn’t have another location. We had to start back at zero, and I had to focus on paying back all of the investors. It was just the right thing to do.

That was something that taught me that the industry and growth is simply about a bunch of different iterations until you get it right. Most entrepreneurs that I know didn’t do well with their first venture and they had to keep going. I have a plaque on my desk, “Hard things are hard,” and it’s very hard to do what we’re doing.

DJ: Who have some of your biggest influences and/or mentors been along the way?

JH: I would say, Dr. Chanda Macias. One of the first people I knew in the industry. When I got kicked out of that facility, I stepped down from MCBA, because I had to give everything I had in order to get back in the game, find a new facility, and build up from the bottom. When I did that, she was one of the few people that knew how difficult a time that time was for me financially.

Without me asking her, she and her husband Michael wrote me a check that actually helped me out a lot.  She is one of my biggest supporters and one of the people that I look at and am inspired by the most when I look at how much she is able to accomplish from where she initially started. How many people doubted her, how much she was able to overcome. She’s my biggest inspiration in the cannabis industry.

JH: I started MCBA with a few other people back in 2015. We actually incorporated it in 2014, a couple of years after I had my medical license for growing.

They’re still killing it. The reason we started it is because for people of color, one of the biggest hurdles for accomplishment, is the belief in their ability to get over the many barriers that have traditionally held us back from success in this society.

Being able to see people who are doing it, see and hear them, and realize they’re just normal people just like you that overcome the same barriers was what we thought was the most important thing. Not only opening up doors by ways of regulations and networks, but also being a beacon of opportunity for Black people, and people of color in the industry.

How much does it cost to launch a cannabis business?

NuLeaf was a much more focused intent in putting dollars and resources into the hands of Black and Brown entrepreneurs in the cannabis industry. For even a person like myself who has a lot of skill and value they can bring to the market, I still find that financial resources are the biggest hurdle for me.

Things like $10,000, $15,000, $20,000 grants can mean a world of difference in being able to implement small equipment, processes, whatever it is. Those things mean massive opportunities for entrepreneurs like me.

That was a very concerted effort within NuLeaf of working not just with the government to utilize tax dollars to put dollars in the hands of these businesses for smart projects, but also working with some of the most prominent companies in the industry to utilize some of the prosperity they are seeing. That’s an effort led by my wife Jeannette.

DJ: What legacy do you hope to hold in this industry 20 years from now?

JH: Man, more than anything, I want to be seen as a smart entrepreneur who took advantage of the industry and utilized his passions to put a few ladders and bridges in place as well. That’s really it.

Danté Jordan is a former member of the Leafly Subject Matter Expert team, and current freelance writer, video producer, and media consultant specializing in cannabis culture, strains, products, education, and everything else related to that lil’ green flower. Contact him at smokingwithdante on Instagram, or dantenetworks(at)gmail(dotcom). His website is www.dantejordan.com.