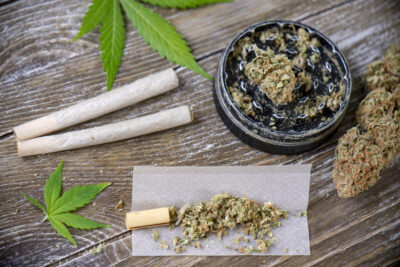 Over the past few days a disturbing report has surfaced regarding the death of a cannabis worker earlier this year in Massachusetts.

According to a report filed by officials with the federal Occupational Safety and Health Administration (OSHA), a staff member at the Trulieve production facility in Holyoke, Massachusetts, was working a late shift grinding cannabis flower to make pre-rolls. At 11 p.m. on January 7, 2022, the employee reportedly said she couldn’t breathe due to all the airborne kief (cannabis dust) in the room. She was transported to a local hospital and died soon after.

“The employee could not breathe and was killed due to the hazards of ground cannabis dust,” the OSHA report concluded.

Online reports have identified the staff member as Lorna L. McMurrey, 27, of West Springfield, MA. McMurrey’s obituary mentioned that she died “unexpectedly in Baystate Medical Center surrounded by her loving family, and that she “recently started working at Trulieve’s Grow Facility in Holyoke.”

Although McMurrey died in January, the circumstances surrounding her death have come to light only recently due to The Young Jurks, a Massachusetts podcast focused on politics and the state’s cannabis industry. The show’s hosts began raising questions about McMurrey’s death in podcast episodes published last month.

Leafly has reached out to Trulieve officials for comment on the case, but we have yet to receive a response.

The OSHA report, the only official document in the case so far, is frustratingly obscure. The Accidental Investigation Summary reads, in full:

“Filling pre-rolls She said she couldn’t breathe. Not being able to breathe Marijuana kief (dust) At 11:00 p.m. on January 7, 2022, an employee was grinding can nabis flowers, and packaging ground cannabis in pre-rolls. The employee could not breathe and was killed, due to the hazards of ground cannabis dust.”

It’s unclear whether the OSHA investigator consulted McMurrey’s family and/or medical files. It’s also unclear whether OSHA inspected the room in which McMurrey was working, or spoke with co-workers or company officials. The sentence “The employee could not breathe and was killed, due to the hazards of ground cannabis dust” is alarming, both because of its vague nature and its potential implications for thousands of cannabis employees who grind flower and fill pre-rolls every day.

Dust, not smoke or vapor

It may be important to note that, according to the OSHA report, McMurrey was inhaling dust, not smoke or vapor. The inhalation of fine particulates at other workplaces—everything from flour factories to steel mills and construction sites—can lead to serious lung injuries and even death.

According to the OSHA report, the federal levied a penalty of $35,219 against Trulieve for workplace health and safety violations.

Trulieve is one of the cannabis industry’s largest companies, with more than 180 dispensaries in 11 states.

Leafly will continue to investigate this case and analyze its potential implications for cannabis workers and the entire industry.