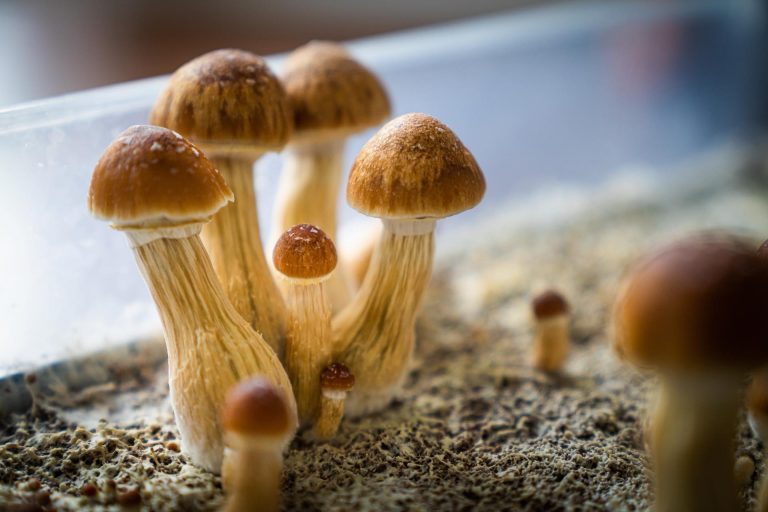 A large dose of psilocybin, the active ingredient in psychedelic mushrooms, was shown to help people suffering from a type of severe depression in a new study published in the New England Journal of Medicine. The study builds on previous research on psilocybin and depression, becoming the largest clinical trial of its kind to date, involving 233 participants across Europe and North America.

Some people who experience depression try various treatments, including antidepressant medications, which are sometimes ineffective for those suffering from “treatment-resistant depression.” This severe form of depression is thought to affect over 100 million people worldwide.

For this study, researchers gave participants a single dose of either 25mg, 10mg, or 1mg of synthetic psilocybin while in the presence of trained professionals, and then took part in  follow-up therapy sessions. Participants who received the largest dose of 25mg indicated that psilocybin significantly mitigated their depression symptoms compared to those who received the 1mg dose. The beneficial effects of the 25 mg dose also set in more rapidly, over the course of 12 weeks, relative to the smaller doses. (25mg is considered a medium or high dose of psilocybin, the equivalent of roughly 2-3 grams of ingested dried mushrooms.)

What are psychedelic mushrooms and psilocybin?

However, adverse effects, including headache, nausea, dizziness, and fatigue, occurred in a majority of the group that received the high dose. Suicidal thoughts were seen in all dose groups, which is common with this type of depression, but did not worsen for any group.

This is the latest study on the health benefits of psychedelics. In 2018, the FDA granted breakthrough therapy status to COMPASS’ synthetic psilocybin product, called COMP360, after a smaller trial for treatment-resistant depression. Psilocybin has also been shown to help treat alcohol and drug addiction as well as end-of-life anxiety for those with life-threatening cancer.

Many other psychedelics, including MDMA, LSD, ketamine, ayahuasca, and many other substances, have been shown to treat a diverse set of conditions including anxiety, depression, trauma, substance addiction, and more.

The study was performed by scientists across 22 international sites including the Institute of Psychiatry, Psychology & Neuroscience (IoPPN) at King’s College London and South London and Maudsley NHS Foundation Trust, in conjunction with mental health company COMPASS Pathways.

Psychedelic medicine: The benefits of psychedelics

“Treatment options are often limited, coming with troublesome side effects and/or stigma,” said Dr. James Rucker, Consultant Psychiatrist and Lead for the Psychoactive Trials Group at IoPPN, at King’s College London and South London and Maudsley NHS Foundation Trust, in a press release. “Psilocybin therapy may be a new paradigm of treatment.”

“Our task now is to investigate psilocybin for treatment-resistant depression in larger clinical trials with more participants, comparing it both to placebo and to established treatments,” said Rucker.