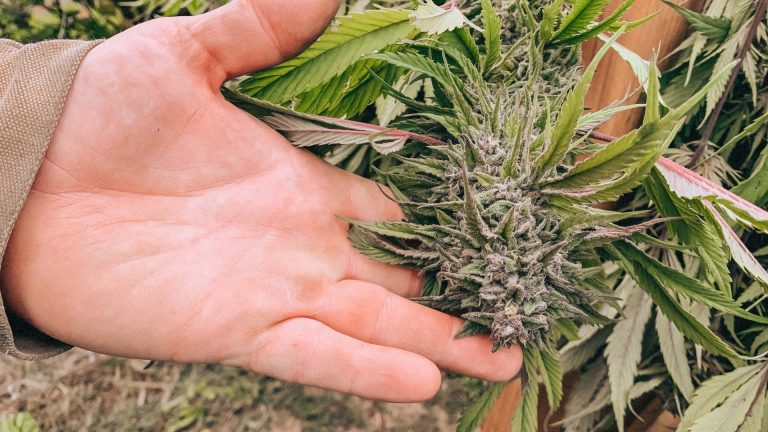 America has begun winding down its disastrous, century-long war on marijuana. We’re beating swords into plowshares. So what’s coming in from the fields? The answer: America’s 5th most valuable crop.

With US state cannabis prices ranging from about $500 to $3,000 per wholesale pound, you’re looking at a crop worth $6.175 billion per year. As measured against US Department of Agriculture (USDA) data, the value of America’s legal cannabis crop ranks fifth nationwide, ahead of cotton. And yet state and federal officials generally do not track it or acknowledge it.

Pulling back prohibition’s curtain on cannabis

Why did we count the crop? Because cannabis is as stigmatized as it is valuable.

USDA economists track annual yields, prices, and estimated values for nearly every commercial crop grown in America. But they do not track legal cannabis due to the plant’s status as a federal Schedule I drug.

Our goal with the Leafy Harvest Report is to quantify annual cannabis production in operational adult-use states, just like the USDA’s Economic Research Service does for all non-cannabis crops. This is the first time anyone’s done this, as far as we know.

Voters, lawmakers, and industry leaders need these basic facts to make informed decisions. The Harvest Report is the third in this year’s Leafly Reports series, including the Leafly Jobs Report and Leafly Seeds of Change: Strategies to create an equitable cannabis industry.

Here are a few more takeaways from the report:

How Leafly counted the crop

We followed the USDA’s method of computing crop value by finding the average wholesale price per pound in a state, and multiplying it by the state’s amount of cannabis produced. In those 11 states, we counted crops destined for both adult-use and medical outlets.

Read our full methodology on page 15 of the report.

Prohibition, over-regulation and over-taxation infringe on Americans’ constitutional right to pursue happiness with regard to cannabis gardening and farming.

The federal government must legalize cannabis for adults, and grandfather in legacy cannabis farmers by establishing low fees and easy licensing procedures.

The Leafly Cannabis Harvest Report summarizes the discrimination cannabis farmers face at both the federal and state levels—years of review and millions of dollars in extra expenditures—just to put seeds in the soil.

Additionally, this $6 billion agricultural sector is under-banked and under-insured. Most farmers have to pay taxes in cash. Thirty-eight state attorneys general have called on Congress to pass the SAFE Banking Act, which would increase public safety and tax compliance. Reform measures like the SAFE Banking Act, and especially the MORE Act (which would legalize federally) are long overdue.

Cannabis agriculture predates our country’s union. And a more perfect union would acknowledge and respect the power of this plant.

Click here to email the Leafly Cannabis Harvest Report 2021 to your elected lawmakers, or others.