New Jersey rec day one just got pushed to May: Here’s why 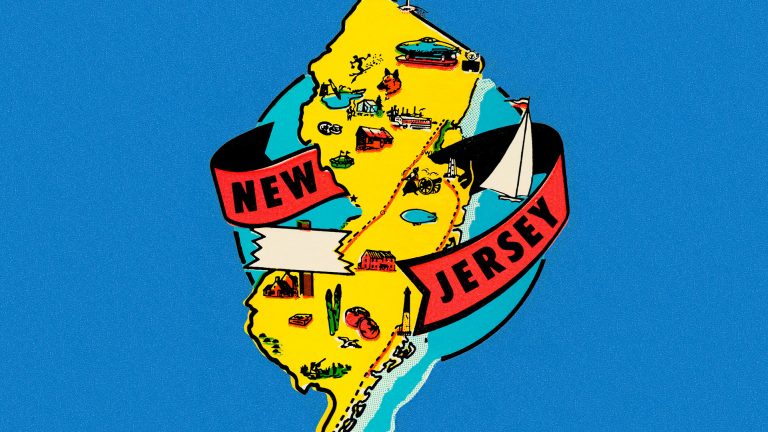 According to a release from the CRC, 37 of the 68 recreational licenses granted Thursday went to “Diversely Owned businesses.” And “among those with a majority stake in those businesses, 33 identify as Black, 9 as Latinx, and 4 as Asian.”

But the historic wave of license approvals also came with an unexpected launch-day delay. Thursday’s meeting agenda included a vote to approve eight active medical marijuana dispensaries, known as alternative treatment centers (ATCs), to expand service to all adults within 30 days. Those ATCs hoped to kick off the adult-use market as soon as late April.

Instead, regulators chose to table the vote until an undetermined date. Their reasoning: CRC members want more evidence that ATCs have enough inventory to meet day-one demand without interrupting access for the state’s current medical patients. According to the board, the state is about 100,000 pounds short of the legal weed supply needed to meet expected recreational demand.

Here’s what went down at Thursday’s eventful CRC board meeting, and what it means for buyers and sellers who are eagerly anticipating New Jersey’s adult-use rollout.

What are conditional licenses?

The CRC just awarded 68 conditional licenses for cultivation and manufacturing to rec businesses that started applying in Dec. 2021 as Class 1 wholesalers. Conditional licenses are designated for individuals who make less than $200,000 individually, or $400,000 jointly (adjusted gross annual income).

“Conditional licenses are the first step for those businesses that may not already have all their ducks in a row,” said CRC commissioner Krista Nash at Thursday’s meeting.

Instead of requiring applicants to secure real estate and capital before or during the review process, the CRC only asks conditional applicants to submit plans and protocols for operation, along with other verifying documents. Once licensed, awardees are expected to use their conditional licenses to secure a location, get approval from the municipality they will operate in, and meet further compliance guidelines within a 120-day window.

On March 15, the CRC started accepting Class 5 Retail applications, and has received 264 as of Tuesday, March 22. The newly-awarded conditional rec licenses are for wholesalers and should not be confused with the retail license applications the CRC began accepting in March for dispensaries.

Who got NJ’s first round of recreational licenses?

Brown highlighted CRC data that shows 46% of individuals in the first round of awardees identify as Black, Asian, or Hispanic/Latino, 49% of newly-licensed businesses were majority Black-owned, and about 70% of all applications currently under review are Diversely Owned, which includes businesses owned by women and disabled veterans.

“It’s important to disclose [licensee demographics] this first round because this is a historic action that this commission is prepared to take,” Brown told the board on Thursday. “These are the very first recreational licenses that this commission is going to issue,” he said. “So we want to be transparent with stakeholders and the community about what we’re doing. I’m not gonna say we’re gonna do this every round, but I know that there’s been some stakeholders that have questioned equity in our licensing process.”

According to CRC data, the 68 newly-approved licenses represent 230 total individuals, including 28% who identify as Black or African American, 38% as White, 10% as Hispanic or Latino, 8% as Asian, and 7% who declined to self-identify.

Of the 68 approved business entities, 49% are majority Black-owned, 13% are majority Hispanic or Latin-owned, and 8% are majority Asian-owned. Brown was clear that the commission wants the “first businesses to get a foot forward” to be those with an “owner, investor, stakeholder or individual with decision-making authority” whose community was directly harmed by the criminalization of marijuana.

While sharing diversity data, CRC Deputy executive director Kelly Anderson said the board is being “careful to not repeat the practices of the past that have disproportionately excluded swaths of communities from economic opportunities and from being able to realize their potential.”

To undo some of the Drug War’s harm, the CRC is prioritizing Social Equity, Diversely Owned, and Impact Zone businesses in their license review ahead of other applicants, and with scoring systems that are weighted in their favor. These categories, combined with priority for conditional applicants should ensure that NJ debuts the most equitable rec market of any state so far.

Why adult-use day one sales are delayed

The CRC’s choice to table their scheduled ATC approval vote could delay NJ’s rec market until May at the earliest, since dispensaries will have to wait an additional 30 days from license approval to begin serving all adults. CRC Executive Director Jeff Brown urged the board to delay the ATC expansion vote over concerns that the state was not yet ready to meet the flood of demand rec day one will bring.

Thursday’s vote could have set adult-use sales in motion as soon as late April, with ATCs welcoming recreational buyers into facilities that have been medical-only thus far. But regulators punted those plans over worries of a 100,000-pound gap between legal supply and projected demand. They’re expecting a rush of NJ residents, as well as neighbors from New York and Pennsylvania, and the CRC doesn’t feel the eight ATCs in question have enough inventory to ensure medical patients won’t be negatively impacted by adult-use sales.

The CRC’s Brown pointed out that early pandemic stay-at-home orders caused hour-long lines at NJ dispensaries in March 2020, as medical patients tried to stock up in advance of COVID-19 lockdowns. Brown said he was proud of how the CRC adapted to that scenario, ultimately preventing extreme loss of access for most patients. But he fears that rushing NJ’s day one rollout would cause delays and supply shortages even greater than those early pandemic days.

The CRC estimates that New Jersey’s residents will consume about 4 ounces of pot per adult in the rec market’s first year. They also guess that out-of-state visitors will buy about 1 ounce annually. At those rates, regulators think the current medical supply would be overwhelmed. And not one compliance or licensing expert they’ve consulted had confidence in current plans to ensure patient access.

Before approving ATC expansion, the CRC wants to see minimum inventory levels, inclusive patient hours, inclusive points of access systems, telephone lines for patients who are having trouble getting their medicine, and even delivery services that exclusively serve medical patients.

“We have to solve for the most vulnerable patients here,” Brown said Thursday. “Those with terminal cancer, with ALS, MS, and other debilitating diseases. Patients who have trouble getting to the dispensary on a good day. How do we ensure that they have no disruption in their care?”

“We don’t want to rush this and get it wrong,” said commissioner Charles Barker at Thursday’s CRC meeting. “We are working appropriately, not slowly, to advance a marketplace that is developed as right as possible, so that we set a new regulatory standard for the cannabis industry.”

The short answer: Mid-May at the earliest.

Sensing the frustration caused by the latest delay, CRC Vice Chair Sam Delgado did not want to hold off the ATC vote until the board’s next scheduled meeting in May. So he suggested adding an April meeting to the calendar, allowing ATCs to address the board’s concerns swiftly. The board agreed to hold a special meeting on April 11, but CRC officials have not yet confirmed that the ATC vote will be on the agenda.

The board also wants active ATCs to prove that they meet the state’s latest social equity and labor protection standards. ATCs are required to work with individuals with past marijuana convictions, or from impact zones that were harmed by the War on Drugs. But the board feels many of the equity and labor plans they received from ATC so far lack specific and measurable goals.

Despite the delay, Vice Chair Brown added, “I’m extremely confident in our ability collaboratively to fix these issues and work together to get this market off the ground quickly.”

During last week’s meeting, CRC Chair Dianna Houenou also shared an update on public hearings that were held in March. The hearings allowed state residents to share how they feel cannabis revenue dollars should be reinvested in New Jersey communities.

Houenou also highlighted the CRC’s work with other states and private partners to proactively solve the cannabis industry’s challenges with social equity. So far, the CRC is collaborating with NJ’s Department of Labor and community colleges to develop a cannabis workplace training program. They’re also exploring business development support through partnerships with the Office of Innovation and the state’s Business Action Center, as well as the Economic Development Authority and private entities.

Before wrapping last Thursday’s meeting, the CRC also debuted a new cannabis business navigator tool on its website. The tool will give prospective business owners more information about what it takes to operate and stand up a cannabis business. According to Houenou, the board has “been examining the possibility of grants or loans to see what may be most feasible and most ready to launch quickly.”

Sounds like promising Seeds of Change are being planted in the Garden State.