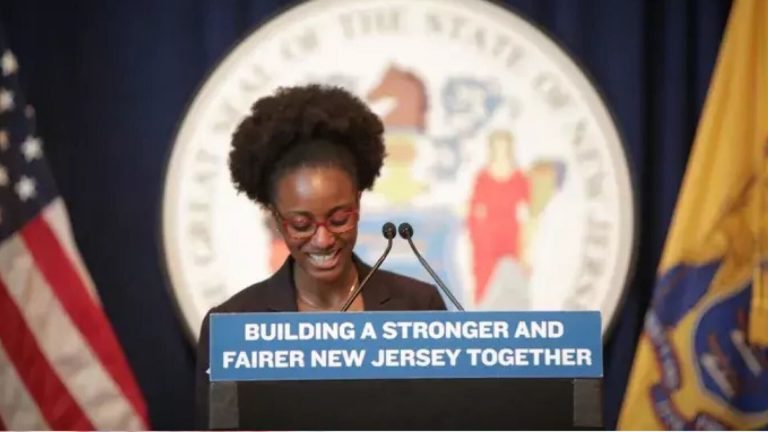 State regulators have disputed claims that Black applicants are being frozen out of the licensing process.

New Jersey Gov. Phil Murphy’s latest balance sheet projects that cannabis sales will generate $4 million for state funds before the end of this fiscal year, June 30. According to NJ.com, the budget update suggests day one of NJ’s recreational market could be as soon as late April, and no later than July. But before NJ starts counting the spoils of its legal weed market, lawmakers and regulators must address concerns about how fair and equitable the industry will be.

Here’s the latest on New Jersey’s battle to ensure social equity in its legal cannabis industry.

Regulators say they intend to use NJ’s cannabis market to help undo the many harms of the Drug War. Much like neighbors in New York and Massachusetts, NJ lawmakers are baking social equity into the state’s weed laws and licensing process from day one. But some aren’t satisfied with the progress they’ve seen so far.

In February, NJ Rep. Donald M. Payne, Jr. claimed that “none of the 56 licenses to sell cannabis in the State of New Jersey have been issued to Black-owned businesses.” His statement echoed a claim by the state’s African American Chamber of Commerce of New Jersey (AACCNJ) that, “in the 10 years of legalization, not one Black-owned cannabis business has been granted a license.”

In response to Rep. Payne Jr. and the AACCNJ’s claims, CRC spokesperson Toni-Anne Blake clarified that the commission has awarded exactly zero recreational licenses so far, to applicants of any color. She says that the CRC began taking applications from cultivators, manufacturers, and testing labs in December 2021, but only opened retail applications on Tuesday (March 15).

“I don’t know if they are confusing the recreational licensing process with old 2018 and 2019 statutorily mandated RFAs for medicinal cannabis,” Blake said. The medical application process was administered under the New Jersey Department of Health,” she told Patch last month, in response to an article that amplified the claims of limited access for Black applicants.

Blake assured citizens that the CRC has “not released any information about the 2019 applicants. So we don’t know where that information would be coming from,” she said. Blake emphasized that it is “false that none of the awardees identify as Black-owned businesses.”

“According to data provided by the CRC on the medical cannabis license awardees, half of the recent awardees – 22 out of 44 – are either certified minority- or minority-women-owned enterprises, or are seeking minority- or minority women-owned certifications with the Department of the Treasury,” Post said. She continued, “this includes self-identified Black-owned or -operated businesses.”

Though neither Post nor Blake confirmed exactly how many Black-owned businesses have received licenses thus far, both suggested the two-and-a-half-year process for medical applications is what could have led Rep. Payne Jr. and AACCNJ to ring the alarm with good intentions of holding the commission accountable.

The CRC shared this official statement with Leafly in response to questions about the uproar that Rep. Payne Jr.’s claims caused statewide:

“The CRC has not released any details about the ownership of awardees so we aren’t sure where this information is coming from. We can say however that it is false that none of the awardees are Black-owned. The CRC is committed to doing everything we can to facilitate a diverse cannabis industry. The only awards issued so far have been for medicinal cannabis businesses and the statutorily mandated RFA process for medicinal cannabis was substantially different from the process currently in place for recreational cannabis.”

After providing this statement, Blake also recommended that concerned citizens view the upcoming CRC meeting on March 24, which will break down useful certification info for the public.

CRC chair Dianna Houenou is in charge of the state’s effort to prioritize social equity. Gov. Murphy appointed Houenou in 2020, dubbing her a “rockstar.” And Houenou’s office has already navigated a variety of challenges with grace since taking office.

Despite the controversy outlined above, the CRC’s rules clearly prioritize applicants from minority groups, and communities affected by the criminalization of marijuana. This includes: Social equity businesses, diversely-owned businesses, microbusinesses, and conditional license applicants, all of whom will be prioritized by the CRC in review order and final scoring.

These priority applicants include businesses owned by people with past cannabis convictions and residents from Impact Zones. State data shows that tese zones were “economically disadvantaged areas” that were disproportionately impacted by the Drug War.

The best way to find out how NJ is handling social equity is to look at current application guidelines on the CRC website. The CRC began accepting retail applications yesterday (March 15), with “Social equity, Diversely Owned, and Microbusiness” applicants stepping to the front of the line. Impact Zones will give ownership and employment opportunities to NJ communities most affected by the War on Drugs.

The social equity-focused CRC guidelines have been available online since 2021. But there is no time limit or cap on many application types, so accuracy is more important than speed. The commission says that Social Equity, Diversely Owned, and Impact Zone business applications will receive priority review, scoring, and approval.

As recently as 2017, New Jersey saw 95 marijuana possession arrests per day, or about four per minute. And the consequences continue to reverberate in communities statewide. Legalization presents a rare opportunity to reverse the harm done by the War on Drugs. But not every state has stepped up to the plate.

The green is there. So why have so many states struggled to use it properly New Jersey’s diverse but highly-segregated communities present a chance to change the trend. Crossing an invisible border between towns can lead to vastly different treatment from law enforcement.

High stakes in The Garden State

So far, no state has aced the social equity test. But expectations for New Jersey’s market are higher than in many states that have made the jump into legal sales. Despite its small size, New Jersey is densely populated and disproportionately influential on American commerce and culture. Its proximity to several major cities and reputation for agriculture also inspire confidence in the state’s potential to be a national hotspot for legal pot.

But with states like California, Arizona, and Florida currently sorting through the mess of wholly inequitable cannabis industries, there is still a lot to be concerned about. CA is has struggled for years to regulate its massive industry fairly. With lawless raids, crippling surpluses, and the surging illicit market threatening the viability of upstanding businesses.

Even states like Massachusetts, which boasts one of the East Coast’s most mature recreational-slash-medical markets, is still facing hurdles. And the pandemic hasn’t made life easier for any state’s regulatory office.

As NJ becomes the latest cannabis battleground, residents can only hope that lawmakers and regulators took notes on other states’ mistakes. If they can apply what we’ve all learned so far, The Garden State could set the bar for how lawmakers in other states can build out fair and thriving legal cannabis markets.

Share. Facebook Twitter Pinterest LinkedIn Tumblr Email
Previous ArticleUK Cannabis Representation (in tabloids/ wider media): In Conversation with Simpa Carter (Episode 7)
Next Article This is how much legal pot you can fly with in Canada