New California bill would decriminalize psychedelics—but not all of them 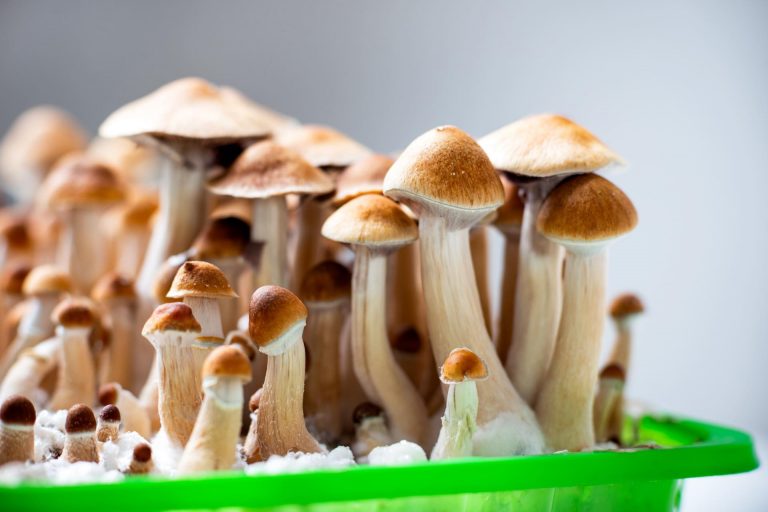 In the eternal words of Aaliyah, if at first you don’t succeed, dust yourself off and try again.

That’s exactly what California state Sen. Scott Wiener (D) did this week when he refiled a bill to effectively decriminalize the “possession, preparation, obtaining, transfer, as specified, or transportation” of a handful of naturally-occurring hallucinogens: Psilocybin, DMT, ibogaine and mescaline (not derived from peyote).

The bill also sets “allowable amounts” of these substances that adults can possess: 2 grams of DMT; 15 grams of ibogaine; 2 grams—or up to 4 ounces—of a plant or fungi containing psilocybin or psilocin.”

“Decriminalizing psychedelics is not particularly controversial among people,” Wiener wrote on Twitter. “Various cities in [California] & elsewhere have passed ordinances advocating for decriminalization. It’s time for CA to move in this direction.”

The new bill, SB 58, comes on the heels of a separate bill introduced by Wiener, SB 519. He pulled that bill in August after his peers removed its main provision—to decriminalize psychedelics—in committee.

Read on to learn about what’s different in the new bill, its range of supporters and what happens next.

Where are psychedelics legal or decriminalized in the US?

While state Sen. Wiener’s bill permits personal use and possession, it does not allow for the sale of any of these naturally-occurring psychedelics.

In recent weeks, law enforcement agencies have shut down a number of illegal mushroom retailers across the US and Canada, as local enthusiasts have tested the limits of citywide or statewide psychedelics decriminalization laws.

No LSD or MDMA, no mandated study

First, it removes LSD and MDMA from its list of impacted substances, in favor of focusing on naturally-occuring entheogens.

“Listen, I would love to have them included. I think they should be included,” Wiener told Marijuana Moment. “But we also need to be able to pass a good bill. And, unfortunately, there are a lot of stereotypes about LSD and MDMA, and so we decided, let’s get it passed for non-synthetics—which will still be a major game changer with psilocybin, ibogaine, ayahuasca and others—and then we can come back later to address synthetics.”

Secondly, it no longer requires the state to conduct a study to explore subsequent policy reforms. In committee, Wiener’s colleagues gutted his previous bill so that it only required such a study, and didn’t actually decriminalize psychedelics.

Lots of support from inside and outside the State Legislature

Wiener wrote the bill with a handful of his peers in the California State Legislature, indicating that it already has some momentum building behind it.

As Wiener’s press release explains, SB 58 has additionally found support from a range of sources, including advocacy organizations like the Heroic Hearts Project, which helps veterans access therapeutic treatment with psychedelics, medical professionals and at least one former law enforcement official.

“Psychedelics represent the single most important breakthrough in mental health treatment in our lifetimes,” said Dr. Nathaniel Mills, Clinical Director, Sacramento Institute, in the senator’s press release. “Decriminalization of these medicines will create opportunities for healing for the people who need it the most.”

What happens next to SB 58?

In his interview with Marijuana Moment, Senator Wiener expressed confidence that the Assembly will pass the bill next year.

Wiener said that he anticipates a “very structured timeline” to advance SB 58 in 2023: Ideally, it would face a policy hearing in March or April before going through a series of committee hearings. Wiener thinks the Assembly could enact the bill by September 2023.

“We have really strong momentum behind the bill, with our coalition of veterans, parents and other advocates who understand the significant benefits that these substances have over people, particularly those suffering with mental health and addiction challenges,” he explained during the interview. “So sometimes it takes more than one try, and we’re at it again.”