Legal medical cannabis could reach Mississippi by end of October 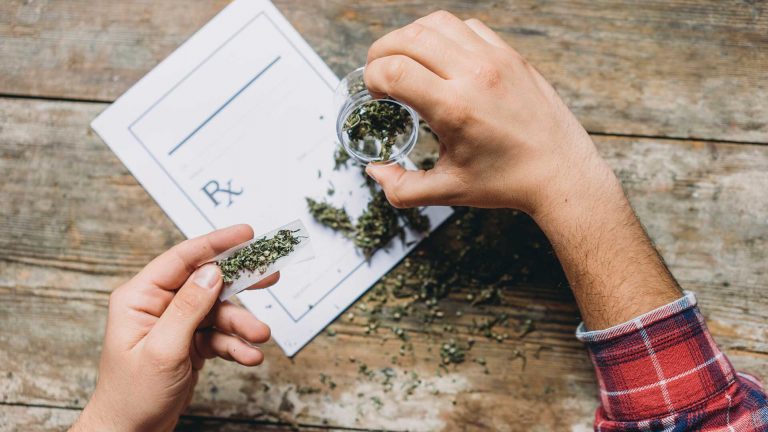 Patient advocates are preparing for a late 2022 launch with nearly 120 dispensaries licensed and ready to open.

Medical cannabis patients in Mississippi could buy from state-licensed dispensaries as early as next month.

So, what’s the timeline? Melvin Robinson, executive director of the Mississippi Cannabis Trade Association, says medical cannabis could be available in Mississippi by the end of October.

“Licensing started in June, so we have a lot of people that made the effort to make sure that they could provide products for patients ASAP,” Robinson told The Other Side podcast. “I would not be surprised at all if you could walk into a dispensary and buy products on October 31st,” he added.

119 dispensary licenses have been issued so far, according to the state’s registry. Mississippi began reviewing store applications in July. The state’s patient portal received about 1,800 applicants when it first opened in June. But advocates expect that number to rise as residents realize how quickly they can put their medical cards to use.

How a Georgia medical marijuana card changed my life

The seminar included hundreds of patients, caregivers, practitioners, dispensaries, cultivators, and advocates. Participants learned how to get medical certifications in Mississippi, gained insight into which medical conditions qualify for medical cannabis, and even discussed best practices for the safe storage of medical cannabis.

“There is no doubt that there are individuals in our state who could do significantly better if they had access to medically prescribed doses of cannabis,” Gov. Reeves wrote on Twitter after signing. “There are also those who really want a recreational marijuana program that could lead to more people smoking and less people working, with all the societal and family ills that that brings,” the governor added.

Ten months later, the tide is rolling forward, and medical cannabis products could reach Mississippi dispensaries as early as October. The state has already collected $6 million in revenue from licensing fees that companies like Mockingbird and Kudzu were required to pay in order to take part in medical sales. Mockingbird reportedly invested $30 million to open a 163,000-square-foot grow and manufacturing facility.

The two-year effort to help patients

The state’s medical marijuana effort began in Nov. 2020, when Mississippi voters created and approved the citizen-driven ballot initiative called Initiative Measure No. 65. The measure sought to amend the Mississippi Constitution to allow for the creation of a statewide medical cannabis program.

Despite overwhelming support for the initiative, the Mississippi Supreme Court overturned Initiative Measure No. 65 in May 2021, on the basis that the state election law governing voter ballot initiatives was outdated and inapplicable. That’s water under the bridge now.

Gov. Reeves said he would call a special session to address the matter in September of 2021, but never came through. In January of this year, a landslide vote in the Senate (47-5) revealed legislatures had enough power to override Gov. Reeves’ impending veto. The governor signed SB 2095 within weeks, clearly moved by the overwhelming support for the bill from lawmakers and local advocates.

On June 1, 2022, the Mississippi legislature announced the opening of the application process for individuals seeking to enroll in the state’s medical cannabis program as a patient, medical practitioner, facility, and transportation service. The Mississippi Department of Health website hosts applications to all qualifying patients with physician approval, as well as growers, processors, and testing facilities.

Before applying, applicants must read the entire Mississippi Medical Cannabis Act to understand the program’s regulations, and must complete a background check and get their fingerprints taken. Here’s how to get started.

How to apply for a medical marijuana card in Mississippi

The Mississippi Medical Cannabis Act lists roughly  20 medical conditions and categories of conditions that qualify residents for a medical cannabis card in the state.

A full list of steps for applying as a patient is available here.

Cards will be valid for 12 months, and will be available to patients for a nonrefundable $25 fee. Veterans and disabled first responders will have those fees waived. Medicare patients will pay a reduced fee of $15 per a card. A card will allow patients to buy up to 21 grams per week and 84 grams per month. That’s roughly 3 ounces per month.

How to apply for a medical marijuana facilities license

Facilities licenses include cultivation, processing, and testing operations. All facilities applications can be found on the Mississippi Department of Health regulations page. Prospective applicants must register through the DOH’s online portal and register with the Mississippi Secretary of State’s Office.

In addition to mandatory background checks and application fees, applicants must submit the size, location, and staffing plans for their facility. Completed applications will receive a decision within 30 days.

How to apply for a medical marijuana dispensary license

Prospective dispensaries must seek a license through the Mississippi Department of Revenue. Applicants must first register for a Mississippi Sales Tax account (and receive a sales tax permit via TAP) and the Mississippi Secretary of State.

Applicants must also pay a license fee and provide all required information, per the Mississippi Department of Revenue dispensary application website. This includes an operation plan, a business permit, location plans, and a proof of lease. Completed applications will receive a decision within 30 days.

More cannabis news from the south