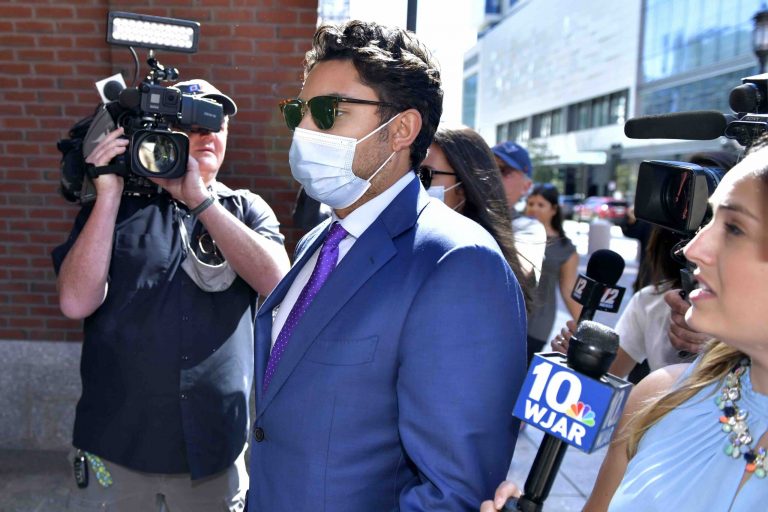 The sentencing hearing of Jasiel Correia, the former Fall River, Massachusetts, mayor convicted of taking cannabis bribes, took a shocking turn today when the judge in the case tossed out eight of the 21 counts on which Correia had already been convicted.

The former Fall River, Mass., mayor is still expected to do serious prison time for the cannabis bribery convictions.

None of those dismissed convictions were related to cannabis bribery, though.

It was a somewhat confusing twist in an already complex case. The result, though, is that most observers expect the former mayor to be sentenced to prison time for extorting payments for cannabis licenses. The completion of Correia’s sentencing hearing is scheduled for 11 a.m. EST tomorrow.

Two cases tried as one

In late 2015, a young entrepreneur named Jasiel Correia became America’s youngest mayor by capturing a plurality of votes in the race for the corner office in Fall River. The 23-year-old came into office with big plans and high hopes for this former textile mill town that’s fallen on hard times.

His political honeymoon didn’t last long. Within two years, federal officials arrested Correia and charged him with wire fraud and tax fraud in connection with an alleged scheme to defraud investors in one of his startup companies, a software company called SnoOwl.

Things went from bad to worse. Less than a year later Correia was arrested again, this time on federal charges of extortion based on an alleged scheme to pocket bribes from legal cannabis companies looking to set up shop in Fall River.

The alleged pay-for-play scheme was made possible by Massachusetts’ Host Community Agreements (HCAs). Those are essentially permission slips given by local towns to cannabis entrepreneurs who want to set up shop there. Without an HCA, state officials will not license a legal cannabis company.

The most intriguing cannabis stores in Massachusetts

Two separate cases tried as one

Federal prosecutors tied both cases together at a single trial. Correia’s attorneys asked for the cases to be split into separate trials, but that request was denied. In May 2021, a jury convicted Correia on several counts of wire fraud, tax evasion, and extortion related to the SnoOwl fraud and the cannabis HCA scheme.

What about the cannabis bribery?

In the afternoon, Woodlock and Correia’s legal team traded arguments over Correia’s remaining extortion convictions, which resulted from the cannabis licensing bribery.

The argument for dismissal of the extortion counts, in essence, came down to the idea of a spoiled theme. Federal prosecutors painted a picture of Jasiel Correia as a young man overcome by greed and a lust for power. The government argued that the alleged fraud in the SnoOwl case, and the cannabis license bribery, all grew out of Correia’s corrupt ambition.

With the SnoOwl convictions dismissed, Correia’s attorneys argued that evidence presented in the software portion of the case unfairly prejudiced the jury against Correia, and made them more likely to believe the witnesses against him in the bribery counts.

The best cannabis products in Massachusetts

“I don’t see actual innocence in this case,” he said, referring to Correia’s “use of his position to extort money and [establish] a system of bribery in the City of Fall River.”

‘I don’t see actual innocence in this case,’ the judge said. That doesn’t bode well for the former mayor.

Woodlock declined to dismiss Correia’s extortion convictions. In fact, the judge indicated that he would be handing down a serious sentence for those counts. “Here is what’s on my mind in this case: The trajectory of someone who was perhaps a big greedy and immature, someone who was the chief executive officer of a major city in the Commonwealth of Massachusetts,” said Woodlock.

The judge noted that he found it telling that after the SnoOwl charges were laid in 2018, Correia “didn’t become more humble. He became more liable to commit fraud.”

“I want to be clear that I’ve thought a great deal about this,” Woodlock said. His primary interest, the judge added, was in finding “the proper way to vindicate the public interest in this setting.”

Correia’s sentencing hearing is scheduled to conclude at 11 a.m. tomorrow in Judge Woodlock’s courtroom in Boston.