In Houston, cannabis fires up the city’s Chopped & Screwed culture 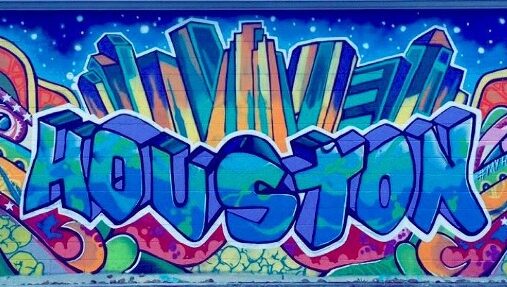 If you want to understand the cannabis scene in Houston, you have to start with the city’s Chopped & Screwed (C&S) culture.

From being “draped up and dripped out” to “fire up a fat sweet,” the Texas city’s C&S sound has intertwined with local weed for more than three decades. In Houston, cannabis smoke will hang in the air wherever C&S music is played.

The elements of Chopped & Screwed music are complex yet simple. To chop a record, a DJ can either break sections of a song into pieces, (resembling a stuttering effect) or utilize a hand clap sound to scratch with another track. To screw a record (slow it down), a DJ changes the tempo/bpm of the entire record.

Imagine taking Megan Thee Stallion’s fast paced single, “Body,” and changing its tempo (or beats per minute) to a Whitney Houston’s “I Will Always Love You.” C&S can turn a 3-minute song into a 5-minute song with trippy vibes.

Chopped and Screwed music originated in Houston in the early 1990s with the late great DJ Screw. DJ Screw was born in Smithville, Texas, and moved to Houston as a child. Growing up on Houston’s Southside, a historically Black district, Screw (Robert Earl Davis Jr.) enlarged his love for music. Screw became more serious about deejaying while living in the heart of Houston.

As a kid, DJ Screw and his cousin “used to make mixtapes and sell them at school for lunch money.”

DJ Screw and his first cousin, Big Bubb, were not new to the game, but true to the game. Big Bubb once recalled: “When we was young we used to make mixtapes and sell them at school for lunch money.” Big Bubb remembers “Fresh Is The Word” by NYC rap group Matronix as the first record he witnessed Screw slow down. Screw continued to evolve his sound and eventually produced an entire mixtape.

Screw’s style of deejaying was self-taught, unique, and completely fresh to the 90s Hip-Hop scene. Instead of following the wave of older DJs by mixing and playing popular songs at skating rinks, like DJ Darryl Scott, or imitating hardcore groups like Houston’s Geto Boys, Screw created his own lane and brought other local artists along in the process.

The sound & tempo fits the city

The Bayou City of Houston is long and stretched out, like C&S music. The city is known for its drawn-out dialect, traffic, and landscape, so C&S culture fits the city perfectly.

When Screw’s first slowed-down tapes were released in 1990, the young people of Houston went crazy for them. DJ Screw not only mixed popular songs, but he mixed songs by local Houston rappers as well. Screw was inclusive yet exclusive.

Since then, Houstoners have been ridin’ SLAB (a remodeled classic car) and bangin’ screw. And cannabis has played an integral role in the sound and the culture.

The gritty-calm chops and the eerie-soothing tempos of C&S music place listeners in a euphoric trance that blends well with the effects of a strong strain. “The mellow flow of C&S and the collision of indica [strain of choice] are amazing,” says the Houston artist KennyClai. “Both are substances of mental and social stimulation, and when combined, create an out-of-body experience if you’re in tune.”

“Both are substances of mental and social stimulation, and when combined, create an out-of-body experience.”

In 1998, DJ Screw released a now-legendary mixtape titled Pussy, Weed & Alcohol. Several of the artists that worked with Screw smoked maryjane, so a lot of their freestyled content revolved around cannabis.

When Houstoners vibe to C&S music, we may indulge in marijuana or promethazine (aka Drank or Syrup). Classic tracks such as “I Can’t Leave Drank Alone” are typically complemented with a bleezy (a blunt).

Prior to his passing in late 2000, a documentary crew filmed Screw laying down tracks for the album that would become Soldiers United for Cash. A film of that name was released in 2004, and remains available (if hard to find) today on the secondary market in VHS and DVD.

Cannabis in Texas is a revolutionary act

For African Americans and Latino Americans, participating in Houston’s cannabis culture is a revolutionary act. Texas is a Republican state with harsh laws on substance use, yet the city of Houston sways back and forth between liberal and conservative views.

Driving around the city, jammin’ screw, and chiefin’ is a vibe—until you see those flashing red and blue lights.

And that’s when you remember: Cannabis is still heavily illegal in the Lone Star State. Here are a few lowlights from the Texas penal code:

If a person is caught selling 7 grams or less they could potentially serve a year in jail and pay a hefty fine up to $4,000. A person charged with possession or sale can serve time in prison as well, depending on the amount of cannabis they’re holding. The outdated laws on cannabis in Texas come down heavy on communities of color.

Even in Houston it’s a risk

Houston is a major city that kind of does its own thing. While Texas is a conservative state that historically votes for Republicans (Gov. Greg Abbott, Rick Perry, and George W. Bush), the city of Houston tends to sway between the two parties.

There tends to be a gray area and thin line on where cannabis is “safe” to smoke in Houston. I have witnessed Houstoners smoke right in front of HPD (Houston Police Department) at events and everything remains kosher. Of course, circumstances may differ depending on one’s skin tone and dress code.

Due to the criminalization of recreational marijuana, Houstoners face consumer challenges, such as limited strains to choose from and who to trust.

This is why local elections matter

In the city of Houston, District Attorney Kim Ogg has helped with decreasing cannabis charges tremendously. According to ABC13.com, before Ogg was elected in 2008 there were 14,000 marijuana cases every year in Harris County. In 2020 there were only 201 cases filed.

ABC13’s Ted Oberg recently reported: “The decrease in marijuana cases is partly due to Ogg’s campaign promise to lower the number of people charged with possession of marijuana and send people caught with pot to classes or diversion so cops and courts could focus on more serious crimes.”

Low-THC medical cannabis oil is legal in Texas for patients suffering from PTSD and cancer. But the amount of THC allowed is so low that Texas is generally not considered a medically legal state. In the last state legislative session, House Bill 1535 expanded the program slightly, allowing medical cannabis oil for all types of cancer and raising the legal THC level from 0.5% to 1%.

A UT/TT poll taken earlier this year found that 60% of Texans believe marijuana should be legal for all adults. Only 13% said it should be illegal for everyone, including medical patients. One day the Texas Legislature may catch up with the rest of the state of Texas—and with our proud and thriving culture in Houston.

To get a taste of the sound, here’s my personal top-ten C&S playlist.

Quinn Foster is a Houston native who identifies as an Afro-Creole part of the LGBTQ community. He is also a long-term cannabis enthusiast. Quinn showcases intersectionality with activism, creative art, travel, and music culture within his writing.