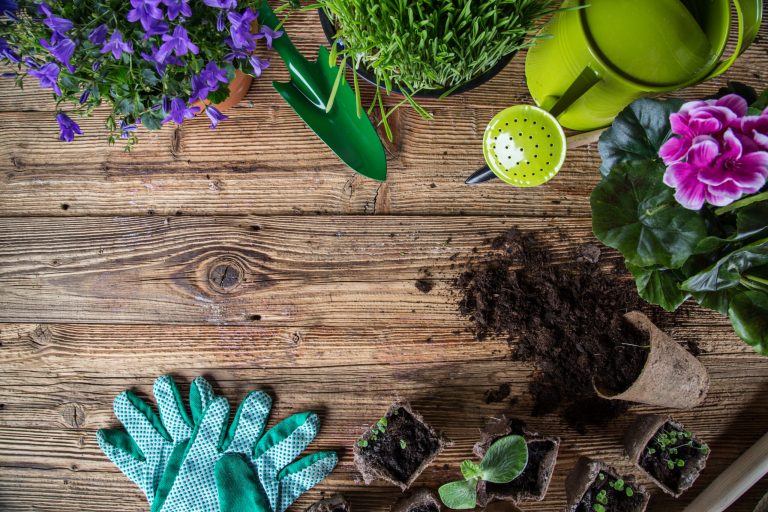 If you look up the word weed in the dictionary it is defined as any undesirable or troublesome plant, one that grows profusely where it is not wanted. I don’t know about you, but cannabis is a weed I want in my garden!

Not that long ago gardeners strived to have a weed-free garden. Times have changed and many are adding weed back into the garden (albeit a different kind of weed).

Cannabis can be a great addition to your outdoor space, taking advantage of all that Mother Nature has to offer. Simply start some cannabis seeds alongside your flowers and vegetables in the spring to enjoy incredible, sun-grown weed harvested in the fall.

Growing weed in your Canadian garden

It is wise when planting a weed garden, or any garden, to sit down with a calendar and plan things out ahead of time. Aspiring gardeners can use the first frost date in the fall to count the weeks backwards, this gives you an idea of when you need to start the seeds in spring.

Jump to the end of this article to find out how to determine your frost dates, hardiness, and growing zones.

Pro tip: Grab yourself a notebook, or dedicated Google Drive, to take notes. That way you can refer back to it year-to-year. Keep a record of what worked, what didn’t work, and what you grew. It’s a great way to keep organized and creates a personal resource for your specific garden.

With good planning, you can have a successful harvest of weed in any Canadian garden.

In British Columbia, you can grow 4 non-medical plants per home.

The home of “BC Bud”, beautiful ocean views, and the most diverse hardiness zone in Canada. Many parts of British Columbia have a long season for outdoor growing. With a longer season, you can grow cultivars with longer flowering times of 10 to 12 weeks.

At higher elevations, if there is a chance of some cold nights protect the plants with bed sheets or row covers. If you are growing in containers that are mobile you can move the plants to a warmer protected area on evenings where frost is a possibility.

There are some beautiful well-known cultivars that have been bred to be autoflower and would do well in BC climate. Bruce Banner, Gorilla Glue, and Girl Scout Cookies are just a few.

Like most provinces, where you live in Alberta and Saskatchewan will dictate what your season could look like. Similar to BC, areas at higher elevations in mountainous areas tend to be cooler.

A southern-facing garden is an optimal choice in this environment. The goal is to have at least 8 hours of sunlight a day.

If you’re gardening in a windy place, your weed will need to be in a protected part of the yard. Strong winds can break stems and cause plants to dry out quickly during the summer months.

The options for shorter flowering cultivars have grown over time. Certain cultivars go from seed to flowering in as early as 40 – 50 days!

These are the flowering times we look for when growing in climates where the first frost arrives in early to mid-September.

Afghani Kush, Northern Lights and Amnesia Haze all have short flowering periods and are beautiful choices for growing outside.

In areas with zones of 3 and lower, consider growing auto-flowering cannabis. Lemon Haze, White Widow, and Jack Herer are some of the options available for your hardiness zones.

The province of Ontario allows 4 non-medical plants per home.

Ontario has the second most diverse growing zones after BC. The northern part of Ontario is heavily forested and can experience very cold winters with heavy snow. In southern Ontario, the growing seasons are substantially longer and warmer.

Garden enthusiasts should be mindful in areas with hot summer temperatures when planting their gardens. Having access to easy watering is very important in these conditions (no one wants to be hauling water at 40°C).

High humidity and wet fall weather can cause mould. Be sure to monitor your buds for brown or yellow colouring, dense buds are more susceptible to developing mould.

Blue Cheese, Skywalker OG and Black Widow are all mould-resistant cultivars to consider.

Known for potatoes and red-coloured soil, PEI is formed on sandstone. This mixture of sand and other substances is held together with iron oxide, giving the soil a reddish colour.

The temperate growing seasons make the province a favourable climate for outdoor cannabis gardens. With hardiness zones of 5 and 6, cannabis with slightly longer flowering days do well in PEI.

In-ground and container gardening are good choices when growing weed in PEI. Again, if the wind is common in your area, place the plants in a protected spot in the garden.

The province has a semi-moderated growing season. Chose landrace/Kush cultivars bred for unforgiving weather. For this climate, cultivars bred with mould resistance properties are ideal. It’s important for when the hard rains arrive in September and October.

Selecting cultivars with flowering periods of 7 to 8 weeks or less will assure plants are able to finish flowering before the end of the season. Container and in-ground gardens are both viable options in New Brunswick.

It is important to note that laws in New Brunswick require you to grow behind a locked enclosure of at least 5 feet tall.

The province has a semi-moderated climate and is touted for having some of the best outdoor growing weather in Canada.

The length of the growing season varies between 100 and 200 days, depending on the location. The hardiness zones of 5 and 6 make it a beautiful zone to grow cannabis outdoors.

The Nova Scotia climate offers the opportunity to grow a vast assortment of cultivars with longer flowering times. Like the other Atlantic provinces, successful weed gardens can be in portable containers, or directly in-ground.

The rugged coastlines, lakes, rivers and mountains make up the landscape. A 7 hardiness zone can be a difficult climate for gardeners. At times extreme weather and a cool climate can make for a challenging season.

To assure you have a successful harvest, growing in a portable container is a must. The tighter quarters trigger the plants to flower sooner, important in areas with unpredictable seasons.

An important note about growing auto-flowering cannabis in planters: Plant seeds in the container it will spend its entire life cycle. When the taproot hits the bottom of the planting container it triggers the plant to begin flowering. So don’t leave your sprouts too long in that red solo cup.

The Yukon holds the record for the longest cold spells in all of North America. With 3 growing zones, the options for growing outdoors are limited to auto-flowering cultivars.

Container growing will give you the most control when poor weather is an issue and seeds will need to be started indoors.

The territory has a climate designation of subarctic, dry summer subarctic, and tundra. In lower parts of the territory, the garden season is longer. It has three hardiness zones with the shortest season of two days in Sachs Harbour. The city of Yellowknife has a fairly long season of 102 days.

Depending on where you live in the territory will dictate if you need to grow indoors. Going with container gardening is a good idea where dramatic changes in climate are an issue.

It is the largest and most northern territory in Canada with climate designations of subarctic, tundra, and ice cap. Its hardiness zone is 0a and most regions experience a polar climate.

Super Critical, Thunder Bloody Mary and Auto Shark are incredibly quick from start to finish, perfect for these Northern provinces and territories.

At this time cannabis gardening at home is illegal in both Manitoba and Quebec. Until those laws are changed, use the information here and try your hand at growing some “vegetables”.

Canada is vast and the climate is different in every area of the country. It is important to know your growing zone to be able to plan ahead for the best grow and harvest possible.

Knowing your hardiness zone will allow you to pick the best cultivars to grow for your specific area.

What is a hardiness zone?

Hardiness zones are based on temperature and climate. They’re numbered from 0 – 9 and have a letter designation of a or b. Zero is the coldest with 9 being the hottest zone. Knowing which zone you garden in will help you determine the length of the growing season in your area.

It also gives you the average low cold temperature for that zone. Important information to have if you are looking at adding trees and perennials to your property.

Refer to the Hardiness Zone Map to discover your growing zone.

There is nothing more heartbreaking than losing plants to frost. Knowing the estimated date of your first fall frost assures you have ample time for the plants you are growing to finish their flowering period before the risk of frost arrives.

It also allows you to get the earliest start possible, great when growing cultivars with longer flowering periods. Knowing the last frost date of the spring season helps you plan when you should start your seeds.

The Farmers Almanac makes it easy to get exact frost dates for your area as well as the length of your growing season.

For example, if you live in Regina Saskatchewan:

If you live in zone 3b your first fall frost will be around the 10th of September. To be on the safe side you want your plants to be done flowering by the 3rd of September. The weed you are growing takes seven weeks to flower, which is perfect for this zone.

Going backwards seven weeks takes us to the 16th of July when the flowering period begins. If you start the seeds the week of the final spring frost which for this zone would be approximately May 21st. That gives your plants nine weeks to grow before they start to flower.

Redawna Kalynchuk is a freelance writer, photographer and visual storyteller from Alberta. Her passion for cannabis comes from years of cannabis gardening and creating incredible infusions. Empowering you to grow, cook and share!