How set and setting affect cannabis and psychedelic experiences 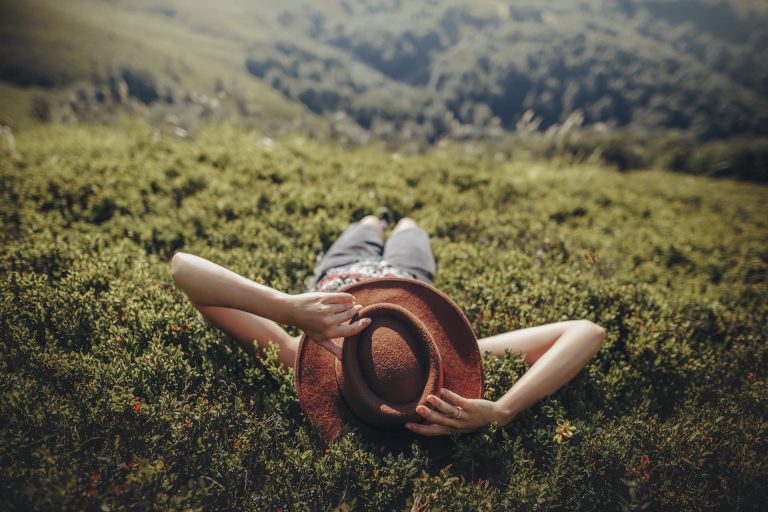 Let’s step back in time for a moment: It’s the 1950s, and LSD research is exploding. Scientists are fascinated by this mind-tripping compound and conducting experiments to explore its effects on the brain and body.

But perplexing findings begin to emerge. In some studies, participants experience anxiety-soaked paranoia, while in others, participants feel a sense of radiant wholeness and peace. Some subjects say their thought processes are blocked, while others say their cognitive faculties are sharper. Some can’t wait to repeat the experience, and others swear they’ll never touch it again.

How can one compound trigger such a spectrum of responses?

Psychedelic scientists of this era put these stark differences down to set and setting—your mindset and environment during the trip. However, the widespread prohibition of psychedelics in the ‘60s saw this research grind to a halt.

Nowadays, a new generation of researchers is investigating this phenomenon and teasing out the question: To what extent do set and setting influence how a person experiences a drug? Can the effects of a substance be separated from the context in which it’s taken?

What are set and setting?

The term “set and setting” was introduced by Harvard psychologist Timothy Leary, who argued that psychedelic drugs worked like a magnifying glass on one’s consciousness.

Leary defined set, or mindset, as an individual’s personality, level of preparation for the experience, expectation, and intention when taking a psychedelic. Setting refers to the environment in which the psychedelic journey takes place.

This concept of set and setting suggests that non-pharmacological factors strongly influence the effects of drugs in many ways.

Research on set and setting in psychedelics

Awareness about set and setting began to emerge with LSD research in the ‘50s and ‘60s. Psychedelic researchers saw how seemingly small factors in studies strongly correlated to different outcomes. An adjustment as simple as changing a staff member’s behavior toward a patient from warm and friendly to cold and impersonal increased the severity of unpleasant effects while tripping on LSD.

Other changes also affected the participants’ experiences. Patients who were expected to complete tests suffered more negative effects in their response to the drug. On the other hand, those who could choose their activities had more positive experiences. Additionally, familiar settings tended to lead to uplifting LSD journeys; unfamiliar settings often caused unease and anxiety.

Pioneering LSD researchers and therapists began to actively utilize this knowledge in the late ‘50s, enhancing set and setting in studies by using relaxing music, candlelight, and flowers. They also thoroughly prepared patients for the experience and encouraged them to set intentions for their trips.

Nowadays, researchers recognize that these intangible factors—including how an individual feels about using a substance—can enrich or detract from a substance’s effects. There’s a growing awareness that the right context can optimize a psychedelic experience and minimize harm.

But set and setting aren’t only applicable to psychedelics. There’s evidence that set and setting may influence how consumers experience other substances too, such as alcohol, cocaine, Ritalin, and cannabis.

In one study of 97 baby boomer cannabis consumers, most participants harnessed set and setting to practice self-control and minimize risks. Some avoided smoking weed when they felt depressed, improving mindset; others refrained from using cannabis in public to sidestep feelings of anxiety or paranoia about being judged or apprehended by authorities, improving setting.

“If you’re enjoying cannabis while relaxing alone or amid the joy of laughter with friends, cannabinoids can have the effect of amplifying the chemical pleasure molecules already circulating around,” said Dr. Ben Caplan, cannabis clinician and Chief Medical Officer at CED Clinic and eo care. “On the other hand, if the body is flush with anxiety, worry, or negativity, cannabis products can equally amplify the unpleasant.”

Caplan noted that for cannabis newbies, it’s particularly essential to get set and setting right. He also said that set isn’t just psychological—it can contribute to physical reality too. An individual’s mindset triggers a cascade of biochemical responses in the body, leading to physical and emotional reactions to their surroundings. Smoking weed in an anxious, agitated state of mind may not only leave you feeling uneasy, it can also lead to an increased heart rate and the jitters.

“Cannabis is a spice cabinet full of opportunity for positive experiences, but mixed into a soup of negativity or pessimism, can still yield a very sour experience,” said Caplan. “On the other hand, for one with a positive mindset, the chemical experience of cannabis can magnify those positive feelings to be even more pleasant and joyful.”

Ultimately, Caplan emphasized that a negative mindset can overpower the inherent beneficial properties of cannabis. “The substance of cannabis is, at its roots, quite pleasant, but it is not so powerful that it can overcome a strongly negative frame of mind.”

Losing your self with psychedelics: How ego death can improve mental health

The benefits of set and setting

Harnessing set and setting isn’t just about increasing your chances for a feel-good experience: It may also lead to enhanced therapeutic outcomes. Regardless of whether you work with cannabis or psychedelics, awareness of set and setting may represent a key to unlocking powerful and positive experiences.

Psychedelic researchers have reported that a favorable context most likely contributes to favorable results. A peak experience—a transformative experience defined by awe, wonder, or euphoria—while on psychedelics has been linked to improvements in psychological well-being two weeks after the experience.

Challenging psychedelic experiences can be beneficial, but only if the individual allows time to process personal insights and emotions following the experience—signposting the role of mindset.

Music also appears to contribute to improved well-being. A 2018 study found that the music patients listened to during a psilocybin session positively influenced their experience. Participants said that music offered a source of guidance and grounding, carrying the listener into diverse psychological landscapes where they may have otherwise been scared to venture. Positive music experiences were significantly predictive of reductions in depression one week after the session.

How to cultivate a positive set and setting with psychedelics

Winston Peki, chief editor at Herbonaut, is a seasoned psychonaut who’s journeyed with psilocybin mushrooms and ayahuasca multiple times. He said harnessing the right context is vital with psychedelics because of the potency of the hallucinogenic experience.

Peki also pointed out that achieving the right sensory environment will enhance a psychedelic journey. “If you listen to cheerful and uplifting music, it will color your experience and emotions towards the uplifting side,” he said. “Same with visuals. Same with smells.”

Mental preparation for the loss of control, or potential ego death, is also advisable. Setting clear intentions can also be helpful. “Contemplation also helps a lot, getting clear for yourself what the purpose of this psychedelic trip is, what your intention is, what you would like to process,” said Peki.