How does cannabis affect the gut microbiome? 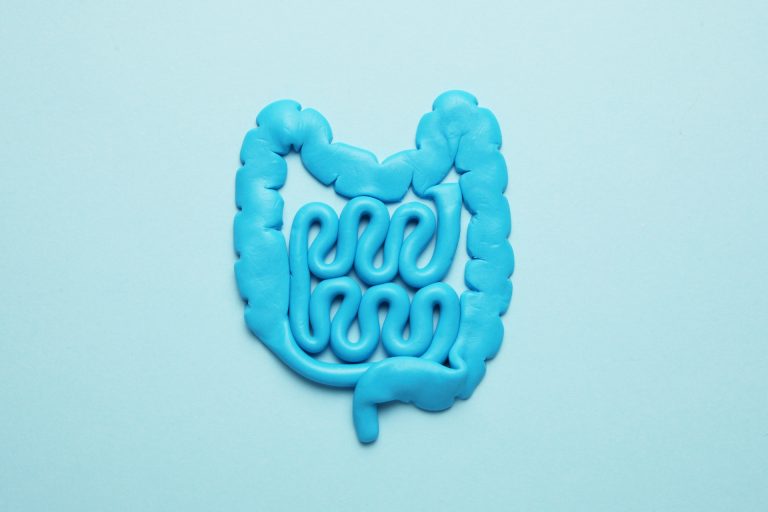 Health-conscious individuals are all about the gut microbiome and the gut-brain connection. The gut microbiome represents a fundamental part of us—a sizable six pounds of your body weight can be attributed to trillions of bacteria, viruses, and microbes living deep within your gut. The last decade has seen researchers dive deep into gut health to uncover how these microscopic organisms influence diverse bodily functions.

This growing interest has led researchers to ponder: What’s the relationship between cannabis and the gut? How do cannabis and the endocannabinoid system interact with all the tiny microbes living in our digestive tract?

The gut is another name for the gastrointestinal tract, which begins at the esophagus and ends at the anus. Trillions of bacteria, viruses, and fungi live throughout it.

When in balance, these microbes generally exist in symbiosis with us and help to stimulate and regulate the immune system, break down potentially toxic food, synthesize essential vitamins and amino acids, and strengthen the gut barrier. The gut barrier is a semi-permeable structure lining the gut that allows the absorption of nutrients and prevents pathogenic molecules and bacteria from entering.

Sometimes gut microbes can cause an imbalance, known as gut dysbiosis. A range of factors can set this in motion: diets that are high in fat or sugar, or low in fiber, drinking alcohol on a daily basis, or eating produce with pesticide residue. Left unchecked, gut dysbiosis can contribute to chronic gastrointestinal disorders such as Crohn’s disease or inflammatory bowel disease (IBD).

Gut microbiota also play a role in the development of obesity, with people who are overweight or obese showing a reduced microbial diversity. An imbalanced gut microbiome has also been linked to diverse mood and neurological disorders such as autism, anxiety, and depression. And a healthy gut microbiome has been shown to boost brain development, cognition, behavior, and promote sound mental health.

Can cannabis help with Crohn’s disease? Doctors and patients weigh in

“When looking more deeply at the gut environment, you begin to see that there’s more than this vast array of bacteria and other organisms,” said Jason Mitchell, co-founder and CEO of HempFusion Wellness, and CEO of Probulin Probiotics. “There are hundreds of millions of neurons located in the gut. In fact, there is a nerve that runs the distance from the brain to the gut connecting other organs as well, including the lungs and heart.”

The influence of the gut microbiota is not just restricted to the gastrointestinal tract. This community of microbes also exerts a profound influence on vital processes in the brain, and vice versa. This bidirectional flow of information is known as the gut-brain-axis.

Gut-brain communication plays a fundamental role in gastrointestinal health, thinking and decision-making, and emotions. For example, you may experience the gut-brain connection if you feel nervous before a presentation and get butterflies in your stomach, or if you lose your appetite when anxious.

The endocannabinoid system and the gut microbiome

The endocannabinoid system (ECS) is a major system within the body that helps to regulate mood, emotions, pain, appetite, and responses to stress. Composed of cannabinoids that naturally occur in the body—called endocannabinoids—cannabinoid receptors, and enzymes, the ECS extends throughout the brain, organs, connective tissues, glands, immune cells, and gut.

The endocannabinoid system plays a central role in maintaining a balanced gut microbiome and also regulates vital gut functions. “Endocannabinoid receptors in the gut help to regulate and support homeostasis with functions such as motility [movement of food through the gut], digestion, inflammatory response, and even immunological responses,” said Mitchell.

Similarly, a balanced gut microbiome may contribute to healthy endocannabinoid function and a positive mood.

What is the endocannabinoid system and what is its role?

How cannabis affects the gut microbiome and gut health

Evidence is mounting that cannabis may support a healthy gut microbiome, gut-brain communication, and robust gut health in general.

Cannabinoids in cannabis can interact with cannabinoid receptors in the gut, and the plant has been used for millennia to treat the symptoms of inflammation and gastrointestinal disorders, including abdominal pain, cramps, diarrhea, nausea, and vomiting.

It also looks like THC may be able to alter the gut microbiome to protect against weight gain. When obese mice were given THC, they retained their lean microbiome and didn’t become obese. THC also helped reduce certain symptoms associated with obesity, including low-grade inflammation and gut permeability, which results when toxins or bacteria leak from the gut into the bloodstream.

“As for human evidence, one study found that the cannabis users’ microbiome had fewer bacteria associated with obesity,” said Sulak. This finding could help explain why frequent cannabis consumers are less likely to be obese than non-consumers, even though THC can provoke a serious case of the munchies.

Weed and weight: Why are cannabis consumers slimmer?

Other fascinating research suggests that cannabis may also help treat alcohol-use disorders that detrimentally affect the gut microbiome. Excessive alcohol use can contribute to gut inflammation, the suppression of immune cells in the gut lining, and the overgrowth of harmful bacteria in the microbiome.

In one 2019 preclinical mouse study, a combination of THC and CBD was found to promote healthy gut microbiota and high levels of certain short-chain fatty acids in the large intestine, which promote immune function and boost metabolism. These acids can also help maintain a healthy central nervous system and enhance communication between the brain and gut.

The relationship between cannabis, the endocannabinoid system, and the gut microbiome is complex and important, and we’ve only just begun to scratch the surface of it, said Sulak.

Mitchell speculated that the future might see terpenes and other minor cannabinoids enter the conversation.

“There are several cannabinoids and terpenes that are of particular interest to me because they have profound effects on the gut and the ECS in supporting balance in the area of stress, inflammatory response, and immune support,” he said. “I love beta-caryophyllene, CBD, and CBN. These three constituents need more research, but it seems obvious that there will be great things identified here in the future.”