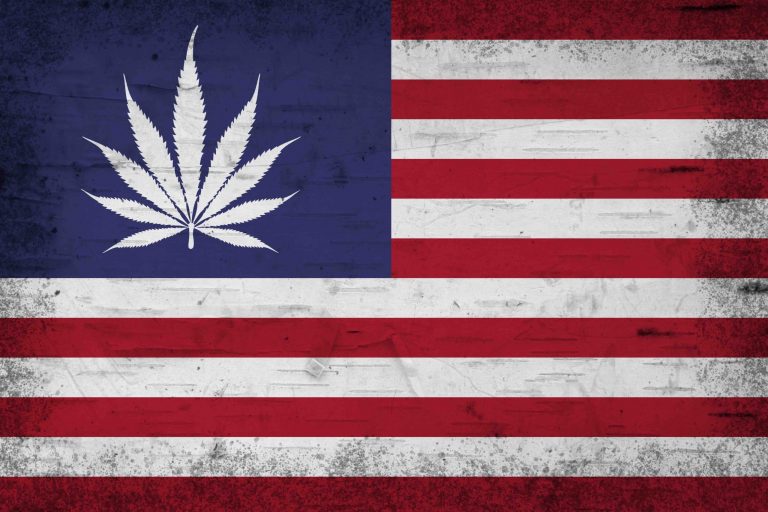 Rep. Nancy Mace (R-SC) earlier today unveiled the States Reform Act, a measure that would remove marijuana from the federal schedule of controlled substances and let each state regulate the substance as its leaders see fit.

Most cannabis legalization measures have been led by Democrats, but the bill from the South Carolina representative breaks that pattern.

Citing the supermajority of Americans who support cannabis decriminalization (70%, according to recent polls), Rep. Mace noted that “only 3 states today lack some form of legal cannabis (Idaho, Kansas, and Nebraska).”

“This legislation, I believe, has something for everyone. Whether you’re a Democrat or a Republican,” Mace said at a press conference this afternoon.

What is the States Reform Act?

According to a policy brief supplied by Mace’s office, the States Reform Act would “federally decriminalize cannabis and fully defer to state powers over prohibition and commercial regulation.”

“This bill will also limit a number of barriers inhibiting innovation and entrepreneurship in a free and open market,” Rep. Mace added.

So what’s in the bill? Here’s the full text of the bill. Leafly’s analysis of the measure continues below.

How would this affect current law?

Under the States Reform Act, cannabis would be removed from the federal schedule of controlled substances. Individual states would be free to prohibit, allow, and/or regulate marijuana as they see fit. As with alcohol, cannabis would no longer be illegal under federal law, but it could be prohibited under state law.

Would cannabis crimes be erased?

The Act promises “federal release and expungement for those convicted of nonviolent, cannabis-only related offenses.” This would include people convicted of federal cannabis offenses only. State-based offenses would need to be handled via the completely separate state judicial system.

Federal release and expungement would not be available for “cartel members, agents of cartel gangs or those convicted of driving under the influence (DUI),” according to an analysis supplied by Rep. Mace.

The expungement requirements have teeth. Expungement orders “shall” be “issued.”

Would medical marijuana be impacted?

Rep. Mace also pledges to “ensure the safe harbor of state medical cannabis programs and patient access while allowing for new medical research and products to be developed.”

How would the tax revenue be spent?

Here’s another difference with Democratic-led bills. Under the States Reform Act, a significant percentage of the federal cannabis excise tax revenue would go toward law enforcement programs.

That same money could be going to social equity and education programs aimed at balancing the playing field for those most harmed by the War on Drugs. But terms like “social equity” are noticeably absent from the 131-page bill.

The reason for the low tax rate is to give legal companies a chances against the illicit market. “If you look at states like California where taxes are very high on cannabis, there’s still an illicit market,” said Rep. Mace Monday afternoon.

“The funding for that excise tax, we want to make sure that it’s very low, it’s gotta be under 4% in order to reduce the opportunity for illicit markets or Black markets in different states, depending on how they’re legalized.”

How will the Act support small businesses?

The Act proposes instant action for cannabis businesses who have been blocked from simple tasks like banking.

Rep. Mace explains that if the turnkey bill were passed today, “there wouldn’t be a need for SAFE banking (Act), because businesses would operate and be legal and regulated just like alcohol.”

Regulation on a federal level would be split from seed to sale between four agencies.

The bill is traditionally conservative in letting each state regulate its unique cannabis market differently. Thus, there are no federal provisions in the Act preventing large companies from dominating state markets.

What about social equity?

The bill does not cover any social equity measures specifically. The easy explanation for this is that each state’s market is too unique for one-size-fits-all reform. But with President Biden’s still unfulfilled campaign promise of mass pardons and expungements, political interests may also be in play.

With 40,000 non-violent cannabis offenders currently in prison according to Last Prisoner Project, Rep. Mace’s bill only projects to release 2,600 at the federal level. Her office advises that “state level releases and expungements will be left to each state to determine.”

The proposed bill does rule that those with pending state cannabis “charges or cases and convictions awaiting sentencing” should have all relevant charges dismissed within 14 days of enactment of the Act.

Some states give former cannabis offenders and their families exclusive access to some licenses. Other states have completely ignored the communities most damaged by the failed War on Drugs.

Read our Seeds of Change report to see how legal states stack up when it comes to social equity.

The bill was endorsed by Americans for Prosperity, the Cannabis Freedom Alliance, and the Global Alliance for Cannabis Commerce.

“Between the previously passed MORE Act, the recent Senate proposal by Leader Schumer, and this new bill,” Strekal added, “it is truly a race to the top for the best ideas and smartest approaches to repeal the failed policy of marijuana prohibition.”

Not all Democrats are on board with legalization, nor are all Republicans. Shortly after presenting her bill, Rep. Mace received a snub from her home state party, which issued a statement clearly rejecting the idea of legalization. Politico’s Natalie Fertig posted the South Carolina Republican Party’s full response:

The States Reform Act does not impose a federally mandated age minimum, but rather incentivizes individual states to make cannabis legal only for adults age 21 and older, with medical exceptions for those under 21.

The measure also includes provisions to prevent advertising from reaching minors under the age of 21.

How will veterans be affected?

The bill protects military veterans by ensuring they will not be discriminated against in federal hiring for cannabis use, or lose their VA healthcare benefits simply because of legal adult use.

Mace was joined this afternoon by veterans who thanked her for her leadership and called on the rest of the hill to follow her lead.

“In the last 20 years since the inception of conflict in 2001, we have lost approximately 7,000 service members,” said Gary Hess, a veteran who founded the Veterans Alliance For Hollistic Alternatives. “In that same period of time we have lost lost 120,000 veterans to suicide. That tells the story.“

Hess added, “I can tell you that veterans en masse are gravitating towards plants over pills.”

Interstate cannabis commerce is on

“The Secretary shall expeditiously develop and implement a track-and-trace system for cannabis in interstate commerce.”

De-scheduling cannabis lifts the onerous “280E” tax penalty on marijuana businesses and will enable many to survive.

Names and words matter. The bill would change all federal references from marijuana or marihuana to cannabis.

What a time to be alive

Here you have a South Carolina Republican saying cannabis does not meet the requirements to be scheduled at all—what hippies said back in the ’60s. This is a big deal. Between this proposal and the Democrats’ two leading measures, there should be enough common ground to get something done.

It’s so cool to even see the words “Regulation of marijuana like alcohol” written by a member of Congress from the South. This version of Republican ‘freedom’ and low-tax philosophy is going to attract a lot of otherwise liberal voters.

The States Reform Act builds on what states have accomplished. It doesn’t shut down or override their state medical cannabis product systems. Instead, it grandfathers them in (with some FDA review).

Cannabis farming would be farming

Discrimination against cannabis farmers would decrease under the bill, which calls for the US Department of Agriculture to treat raw cannabis as a “traditional agricultural commodity” and as a “specialty crop” like hops. Farmers could get crop insurance.

Who would regulate cannabis federally?

The Act tasks the federal Treasury Department with cannabis regulation. This is auspicious, since the Department of Treasury is where the drug war started in the 1930s. Treasury was first into the drug war, and likely will be last out. Alcohol prohibition also ended with Treasury authority. (Federal Treasury agents, known as “revenuers,” went after moonshiners long after the repeal of alcohol prohibition, because the backwoods distillers refused to pay federal alcohol excise tax.)

Cannabis businesses would need a federal permit, with a cap on the fee for that license at $10,000. There would be small business waivers available, as well.

Lots of folks fret about direct-to-consumer drug advertising of all stripes. The States Reform Act would give regulators some control over false and misleading statements, as well as advertising that could affect underage use rates.