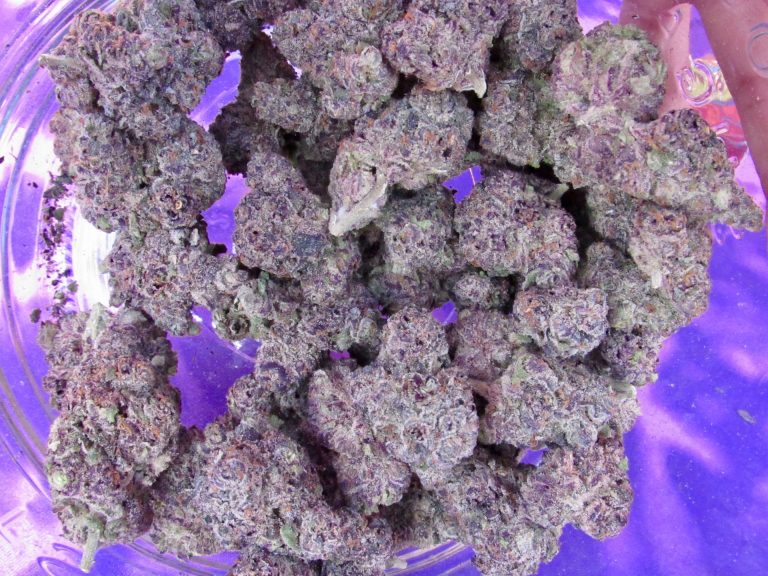 
America’s next legendary weed strains continued their climb into the pot pantheon from the grimey streets of LA Saturday at the epic Transbay Challenge IV.

The competitive expo offers the best spot in the world to take the pulse of global cannabis culture. At 9.9 million-strong, LA county hosts the biggest legal weed market in the world. Weed celebs flew in from all corners of the state to see the best of boutique, craft, indoor flower and hash. Since Instagram knows no borders—smokers worldwide watched from the galleries as we sweated and roasted amid roaring fans, thumping bass, and blazing dab torches.

A large panel of high-tolerance peers from breeding (Masonic), growing (Alien Labs’ Ted Lidie), and media (Forbes’ Lindsey Bartlett; High Times’ Jon Cappetta) spent the day judging all entries in one herculean go. Behind velvet ropes they squinted and scribbled, sometimes waving and smiling down from orbit to us Earthlings.

For 12 hours in LA, promoters Jimi Devine (LA Weekly columnist and Leafly freelancer) and Neil Delacava at Chronic Culture helped make weed fun again—really fun. Lord knows we need it after surviving the ’rona, and everything else.

So who won the Transbay Challenge IV?

Influential infused product manufacturer Fidel of Fidel’s Hash Hole—a mind-melting joint with a worm of hash in it—took Best Flower as a grower. The 30-year-old bested a world-class field of 21 entries using the strain KMZ, a Kush Mints x Zkittlez cross. Expect to see a lot more of this suddenly obvious smash idea. Zkittlez adds aromatic loudness, depth, and color to Kush Mints’ minty gas dank. It’s a clear win for white-green weed in the era of purple pot partisanship. We saw our first KMZ as Xeno from Alien Labs (our fave of ‘21), then we got some ‘KMZK’ at Tradecraft, LA a few weeks back. It’s hella strong, with a better taste than Kush Mints on its own.

What does the Transbay Challenge IV portend for global weed culture?

Shop for those Z crosses, especially into the Mints line. (Or make your own salad and get close.) We don’t know who made the KMZ (aka KMZK, or Xeno, or Zkittlez Mints) yet—there’s probably more than one. So let us know.

You see all the Z genes flying around yet? Get at them, and thank you to the Z team at Terp Hogz.

Promoters Chronic Culture persevered with a private event where you could smoke and dab, but also buy legal weed from the exhibitors, via the delivery service Alpaca Club LA. Alpaca crushed it. A QR code on booths opened up a menu on your phone, you filled your cart, checked out, and the bag awaited you at the Alpaca table; cash or debit.

Some of the best buys in legal California cannabis dotted the expo:

The state of the terp union? Strong

High taxes, thick red tape, monster competition, and the resulting falling prices brutalize California growers. The upside? The pace of look, flavor, and effect innovation keeps ramping. We smelled every jar at every booth to come away with these release notes:

The low-tech alternative if you can’t keep your flower and hash cold is to just smoke it faster, joked DeMoura.

Rural and urban farms battle for the ring

The interior of California now goes toe-to-toe with coastal cities for the best indoor-grown trees—from Sacramento’s CAM, or Turtle Pie (get their Sidewalk Sundae), to Redding’s 1,800-light Ember Valley, to TruLeaf (buy the Run T.M.C.) in Modesto, CA.

Winner Fidel now garden in the Tatooine town of Adelanto, CA. No one can deny this desert heat.

“You’re going to see a lot more of this,” Fidel told the crowd.