Dr. Sanjay Gupta: Research on cannabis for autism is accelerating 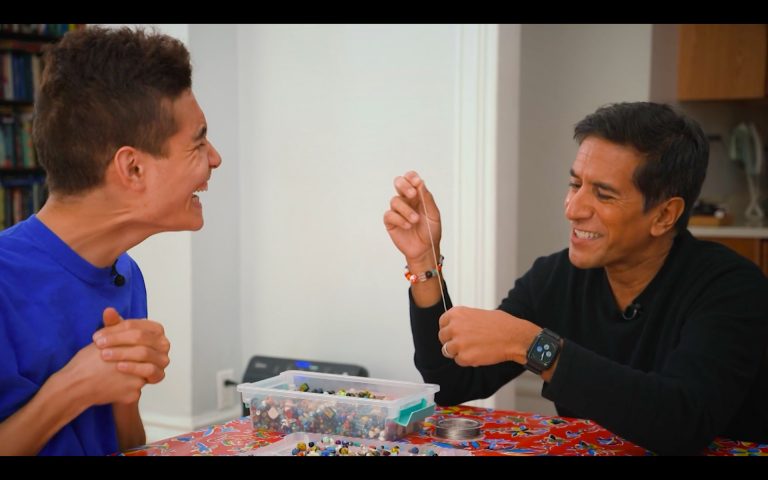 An autism diagnosis can feel life-shattering for the parents—a neurodevelopmental disorder that’s both incurable and often tough to treat.

Many parents of kids with autism spectrum disorders report compounds in cannabis can sometimes help. But exactly how cannabinoids can help, and how to use them remains unclear‚ given the US’ century-long research blockade on ‘marijuana.’

2021 saw some big advances in both research and visibility for this alternative treatment—from a CNN special on Sunday, to a clinicians’ conference in November that relayed reems of new research.

One big step for cannabis’ visibility as a treatment for autism and its symptoms was the recent CNN special with Dr. Sanjay Gupta MD, WEED 6: Cannabis and Autism, which aired Sunday, December 19th.

In the special, Dr. Gupta interviewed several families who found “miraculous” success with cannabis for their child’s autism symptoms. Researchers, doctors, autistic patients, and their families detailed how life-changing cannabis can be for those with ASD.

Dr. Trauner said some autistic kids’ aggression has “gone away.”

“I mean gone away,” Dr. Trauner said. “A lot of the kids are more social.”

“These parents have tried everything—including powerful psychotropic drugs. … It’s heartbreaking. [With cannabis], these families have found something they think works.”

Cannabis clinicians that actually treat autistic kids also collaborated like never before in the digital conference Navigating The Complexities of Autism & Cannabis: Facts vs. Myths Nov. 28. The Society of Cannabis Clinicians nonprofit brought together eight doctors and parents of autistic children to review research and outline treatments that were working.

During the session, many doctors (as well as two parents of autistic patients) spoke about the success they were seeing using cannabis for autism—detailing particular cannabinoid treatments that worked well.

THC vs CBD for autism

“The literature is far behind what we are doing with patients” explained Dr. Bonni Goldstein MD, during the conference. “I think part of that is still the difficulty around accepting that cannabis will help these children” she added, explaining that many still fear the side effects of THC.

But Goldstein and others shared that their autistic patients using THC are doing well. “Most of us do not see any significant side effects.”

“Maybe CBD could be used to simulate anandamide, but I think THC is going to be the most useful tool. So if someone has that deficiency, so to speak, it makes sense to treat with THC.”

Still, while THC was highlighted, doctors shared that a variety of different cannabinoids—including CBD, CBDA, THCA, and CBG —all seemed to offer beneficial effects for autistic patients.

Cannabis for autism research rounded up

Doctors also highlighted the many studies on cannabinoids for ASD in 2021—another big win.

Dr. Patricia Frye, MD, the headliner for the conference, explained research dates to 2016, when a study concluded enhancing anandamide could help with autism. But research interest grew in the last few years.

“In 2021…we have more and more preclinical and observational data, looking specifically at the risks and benefits of cannabis and cannabinoids in treating both core and coexisting conditions.”

A dozen new studies looked at cannabis’ benefits for autism, making 2021 a great year of progress.

These shifts in biomarkers correlated to improved behavior, according to reports from parents of autistic patients.

Dr. Goldstein says these biomarker tests could help measure the effectiveness of cannabinoid treatments for autism.

2022 promises to see even more advances in our understanding of how to treat autism. For some of the estimated 75 million people with ASD in the world—the answers could be life-changing.

Dr. Emily Earlenbaugh is a cannabis writer and educator. She is the Director of Education for Mindful Cannabis Consulting, where she teaches patients how to find the cannabis options that work best for them. She regularly writes about cannabis science and culture for publications like Cannabis Now Magazine, SF Chronicle’s GreenState, HelloMD, and Big Buds Magazine. Emily has a doctorate in philosophy of science from UC Davis.

Share. Facebook Twitter Pinterest LinkedIn Tumblr Email
Previous ArticleCannabis derived products in novel foods & cosmetics. How to get them to the market?
Next Article Cypress Hill’s new album breaks down the highs and lows of the legal weed game