Delta-8 THC poisonings? The CDC’s warning isn’t what you think 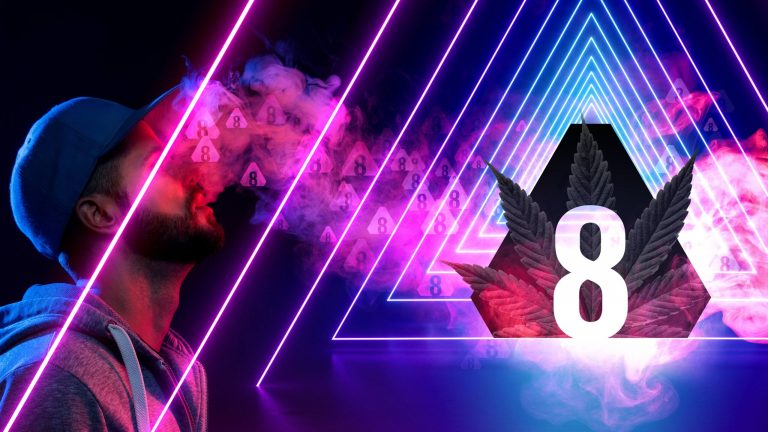 Headlines alarmed the cannabis world last week when the Centers for Disease Control and Prevention (CDC) issued a health alert about the risks of delta-8 THC, the hemp-derived cannabinoid that’s become all the rage in non-legal states.

CDC officials noted that US poison control centers recorded 119 cases of “delta-8 exposures” that resulted in hospitalization in just the first six months of 2021.

Leafly has reported extensively on the delta-8 phenomenon and on the many real risks that come from consuming an unregulated and often untested product. So I took a dive into the CDC’s data to see if the alarm matched the evidence.

Here’s what the CDC led with:

“In March 2021, the West Virginia Poison Control Center reported two cases of adverse events related to use of delta-8 THC products in adults. In both instances, individuals mistook the products containing delta-8 THC for CBD-like products. These exposures led to symptoms consistent with cannabis intoxication.”

In other words, two adults in West Virginia consumed delta-8 products under the mistaken assumption that they were taking CBD. Result: They got high.

When people get high when they aren’t expecting it, some of them naturally freak out. They don’t know what’s happening. Some become frightened. So they take the next logical step. They call the local poison control center or check into the nearest emergency room—even though what’s happening to them may be the same experience that many cannabis consumers actually seek.

The CDC’s warning is framed with frightening language—poison control centers, hospitals, exposures, symptoms. But “exposures led to symptoms consistent with cannabis intoxication” means those people got high. Nothing more.

Now, those patients may not have wanted to get high. Or maybe they got higher than they expected, freaked out, and called for help. But those are not poisonings. Those are instances of poor labeling or consumer inexperience.

I tried delta-8 THC: Here’s what it feels like

CDC officials noted that the two first recorded delta-8 “exposures” trickled in around Sept. 2020, gradually increasing to 48 in the month of July 2021. “The majority of these visits (73%),” occurred in the “Southern states that have not passed state laws to allow non-medical adult cannabis use.”

Most of the ‘exposures’ were reported in the South, where cannabis prohibition remains the law of the land.

Of course they did. Delta-8 THC products exist primarily because there is a demand for cannabis in prohibition states. If cannabis were legal in the South, consumers could choose from thousands of licensed, lab-tested, and well-labeled delta-9 THC products. But they can’t, so unregulated delta-8 products entered through a legal back door.

In those Southern states, delta-8 THC products are sometimes labeled and sold as “delta-8 CBD.” That wink-and-nod strategy may keep shop owners out of trouble with local cops, but it confuses consumers who don’t expect the intoxicating high delivered by delta-8.

This is a parenting problem

The most troubling aspect of the CDC’s warning isn’t the adults who get unexpectedly high. It’s the kids. Earlier this year the Michigan Poison Center reported a case of two children ingesting their father’s delta-8 THC gummies, which he purchased at a vape shop. “The children developed sedation, slowed breathing, low blood pressure and slowed heart rate, requiring admission to the intensive care unit,” the Center reported.

We don’t know the details of that particular incident. The father may have thought his gummies were loaded with CBD, nothing more. Either way, if kids are getting into a parent’s stash, that’s on the parents, not the stash. If your gummies are infused with anything other than sugar, don’t be stupid. Keep them out of reach of children.

A byproduct of prohibition

At the end of the day, what we have here is a rising trend of consumers in non-legal states trying delta-8 THC products.

Some of them buy products mislabeled as “delta-8 CBD” and find themselves unexpectedly high. Others take too much and need help riding out an experience of overintoxication. And a few parents carelessly leave their infused gummies lying around where the kids can get their hands on what they think is candy.

The solution isn’t to raise a panic about delta-8 THC. The solution is to legalize and regulate cannabis products in every state, so that consumers have access to licensed, regulated, tested, and properly labeled products. And nobody has to sneak around pretending a THC-infused gummy contains nothing more than CBD.

Get educated about delta-8 THC