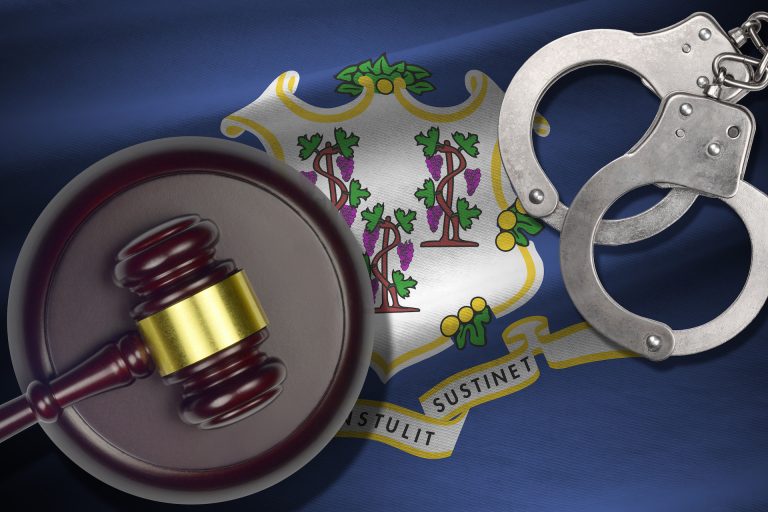 While Connecticut locals lined up to shop in the state’s first legal weed stores on Tuesday, thousands of low-level cannabis convictions were cleared.

“I’m really excited because I’ve been caught with weed before and it’s no fun,” said a customer at one of the state’s first legal dispensaries yesterday. “It shouldn’t have been a crime,” he said, “and I’m happy that people less fortunate than me (got this).” Thanks to paid legal support, he said he was able to get out and live a normal life, adding, “I just hope (others) can get back on their feet and do well.”

Connecticut’s legal cannabis sales started Tuesday (January 10), a year and a half after Governor Ned Lamont (D) signed SB 1201 into law. The bill outlined how Connecticut’s adult-use cannabis industry would operate, including provisions for industry equity and commitments to cannabis record expungements, called the Clean Slate system, which is slated for further expansion in 2023.

Connecticut residents can check their expungement eligibility and learn more about what to expect here.

Expungement: What does it mean and how do I get one?

What are the Clean Slate laws?

Connecticut’s recreational cannabis legislation took effect July 1, 2021, with legal personal possession of cannabis—it took an additional 1.5 years to get adult-use sales started. Part of SB 1201’s provisions include the creation of a Social Equity Council for the state, allotting half of industry licenses to equity-qualified applicants, and the commitment to erase low-level cannabis convictions, such as possession of small amounts of cannabis and paraphernalia.

The Clean Slate laws outline how residents can check their eligibility for expungement, petition to clear them if not automatically cleared, and maintain an automated system. The Connecticut state government website now hosts a Clean Slate module.

How will Connecticut’s expungement process work?

Automatic erasures for convictions include convictions for possession of under four ounces of cannabis occurring between January 1, 2000, and September 30, 2015; those with these records do not need to carry out any legal actions to qualify themselves for expungement. Additional convictions can be expunged with a Superior Court petition. These include:

“Especially as Connecticut employers seek to fill hundreds of thousands of job openings, an old conviction for low-level cannabis possession should not hold someone back from pursuing their career, housing, professional, and educational aspirations,” Gov. Lamont said in a press release.

Record expungements are only the beginning

Record expungement has become common in states where cannabis is newly legalized. A report from the Connecticut Center for Economic Analysis estimates that legal weed could help grow the state’s GDP by a billion dollars in the next five years. The ways in which the state handles and supports its equity operators determines who benefits from the revenue brought by legal sales.

“Expungement is great, but now you have this business kicking off. I think Connecticut, like a lot of the early states that legalized cannabis, will see that the people who were harmed the most by the illegal regime of cannabis will not be the beneficiaries from the business aspect of legalization…we hope to be working with the state to provide the technical support that social equity, cannabis entrepreneurs, and businesses will need to be as successful as they can be.”

Legal cannabis started in the American West, but the East Coast has implemented equity and social justice measures into their cannabis-related legislation rather than address them after the fact. Even in legal states, those with prior, nonviolent cannabis convictions still face stigma and discrimination for housing, employment, government assistance, and even child custody.

When former New York Gov. Cuomo (D) signed Marihuana Regulation and Taxation Act into law in Spring of 2021, it included clauses for automatic expungements. Prior to 2019, New York had no formal process for expungement. The following convictions have been or will be automatically expunged without any action required:

New Yorkers can see if they qualify for an expungement petition here. According to Gothamist, New York has expunged at least 400,000 records since the laws took effect.

New Jersey also included expungement clauses when they legalized cannabis, carried out by an automatic system. But these are limited to low-level offenses of:

Gothamist reported that New Jersey has expunged over 360,000 expungements.

While Massachusetts legalized cannabis back in 2016, they haven’t created or included provisions for automatic expungement. For those eligible, they can apply to have their record sealed or expunged via a state court.