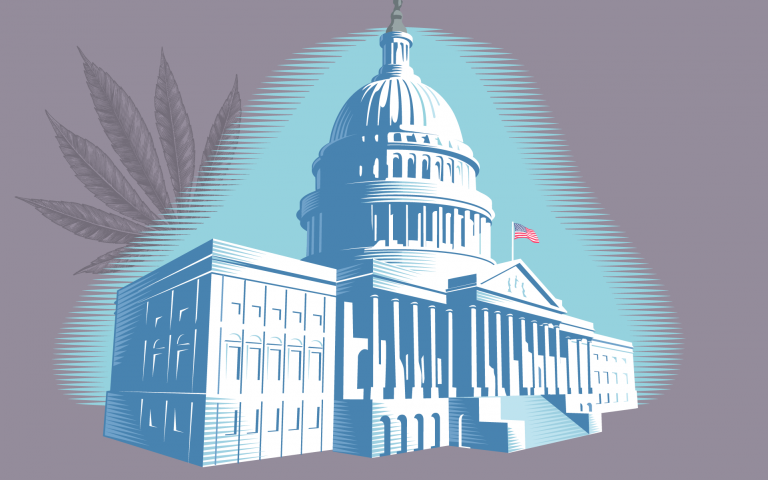 Tens of millions of medical patients who could benefit from new, FDA-approved prescription CBD got the tiniest of breaks from Congress Monday.

The US House of Representatives voted this evening to pass the Cannabidiol and Marihuana Research Expansion Act, which is intended to allow new drug research and development. The Senate voted unanimously to pass the bill in March.

Doctors have reported for decades that marijuana’s federal Schedule I status—designating it as a drug as dangerous as heroin—blocks basic drug trials. A generation of patients has undertaken those trials on themselves. (Ninety-two percent of medical cannabis users reported efficacy in one state survey in 2014.)

Currently, 38 states have legalized cannabis medically or for all adults, yet ‘marijuana’ remains a Schedule I substance.

The new Act—sponsored by Sen. Dianne Feinstein (D-CA), Sen. Chuck Grassley (R-IA), and eight other senators—doesn’t change weed’s Schedule I status. But it does force the federal government to allow more researchers to grow medical cannabis, and allows doctors to talk about pot without fear of losing their medical license, as well as other modest tweaks.

About 91% of Americans support medical marijuana legalization, Pew Research finds. Yet the CBD research expansion act came up for a vote, passed and then died in 2020.

About 68% of Americans support full legalization. But Sen. Feinstein—a long-serving Democrat representing the largest legal cannabis market on the planet, which did $5.1 billion in legal sales last year—is focused on further research, not legalizing it federally.

The Dianne Feinstein Mystery: Why Is She California’s Last Prohibitionist?

Policy experts note that marijuana has been studied for decades, and has shown medical efficacy, with a lower abuse profile than prescription drugs. And yet Republican Sen. Grassley cheered the chance for more such research in a release.

“This bipartisan bill is critical to better understanding the marijuana plant and its potential benefits and side effects,” Grassley said in a statement. “It will empower the FDA to analyze CBD and medical marijuana products in a safe and responsible way so that the American public can decide whether to utilize them in the future based on sound scientific data. Researching marijuana is widely supported by my colleagues on both sides of the aisle, and it’s a smart step forward in addressing this current Schedule I drug.”