Cannabis gets nothing from Congress as session draws to a close 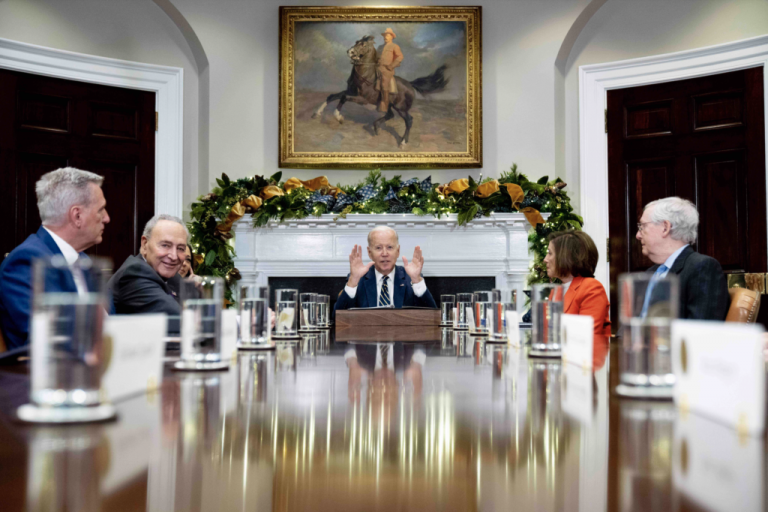 As the 117th Congress wraps up its business this week, cannabis legalization advocates and industry leaders are ruefully admitting defeat. After two years of Democratic control of the House and Senate, all the leading legalization bills as well as the SAFE Banking Act have perished well short of passage.

The last possible vehicle for cannabis reform—a must-pass omnibus spending package—moved toward acceptance on Monday and Tuesday without any mention of cannabis banking reform.

Advocates had hoped to include elements of the SAFE Banking Act in the National Defense Authorization Act, which passed on Dec. 15. Senate Majority Leader Chuck Schumer (D-NY) attempted to insert a “SAFE Plus” module into the NDAA, but Senate Minority Leader Mitch McConnell (R-KY) balked at the idea and declared his party wouldn’t support it. “This NDAA,” said McConnell, “is not getting dragged down by unrelated liberal nonsense.”

Once the NDAA strategy failed, the omnibus spending bill became the last possible vehicle for SAFE Banking. By Monday afternoon, it became clear that there would be no mention of cannabis banking protections in the omnibus bill.

As a result, cannabis legalization advocates will bid farewell to the 117th Congress with no major legislation passed.

BOWL PAC founder Justin Strekal summed up a big part of the problem: “A bipartisan deal had been struck, the concern-mongering had been addressed, but unfortunately Mitch McConnell chose to put prohibition over people and continues to stand in front of history screaming ‘STOP.’”

It’s not all on Mitch McConnell, though. There are plenty of Democratic senators who share the blame for failing to move positive legislation forward.

Trulieve CEO Kim Rivers expressed her company’s frustration: “We are deeply disappointed in leadership on both sides of the aisle and the lack of action on SAFE Banking over the past two years,” she said in a public statement.

“Democrats have promised action on cannabis consistently for the last two years,” Altieri said, “yet leadership consistently failed to prioritize and advance marijuana reform legislation, including legislation to provide clarity to banks and to provide grant funding for state-level expungements efforts, despite having several opportunities to do so.”

“Until Congressional action is taken,” Altieri added, “state-licensed marijuana businesses, the hundreds of thousands of people they employ, and the millions of Americans that patronize them will continue to be at a higher risk of robbery due to the cash-heavy nature of this industry created by outdated federal laws. Furthermore, smaller entrepreneurs who seek to enter this industry will continue to struggle to compete against larger, more well-capitalized interests.”

Democratic control of both houses didn’t result in full passage of major cannabis bills, but the coming two years of split control, with Republicans running the House and Democrats maintaining control of the Senate, are not expected to yield better results.

With Dems in control, legalization and banking bills stood a fair chance of passing out of committee. And in fact the full House did pass the MORE Act, which would have ended federal prohibition, in April 2022. (It died in the Senate.) With Republicans now in control of committees in the House, it may be much more difficult for bills—even those with enough votes to pass a full chamber vote—to overcome the opposition of a GOP committee chair.

Focus now shifts to Biden’s power to act on reform

With Congress expected to take a step back on legalization reform in 2023, the focus in DC may shift to the Biden Administration’s effort to reschedule or deschedule cannabis administratively.

That’s a process President Biden set in motion earlier this year. But it will take months if not years to complete, even if the agencies involved agree that cannabis should move to a more appropriate category.

Leafly recently walked through the entire process in this analysis: How to reschedule or deschedule marijuana under federal law.

In a bid to speed up that process, a bipartisan group of lawmakers is currently circulating a letter to President Biden, urging him to remove marijuana from the Controlled Substances Act entirely. Politico’s Natalie Fertig first reported on the letter late last week.

The letter, authored by Reps. Earl Blumenauer(D-OR), Dave Joyce (R-OH), Barbara Lee (D-CA) and Brian Mast (R-FL), as well as Sen. Elizabeth Warren (D-MA), applauded Biden for initiating a hard look at marijuana’s status. “However,” the authors wrote, “it is time to deschedule marijuana. While Congress works to send you a comprehensive legalization bill, the administration should recognize the merits of full descheduling.”

“Marijuana’s continued inappropriate scheduling is both arcane and out-of-touch with the will of the American people,” the authors told Biden. “We look forward to your Administration working transparently and proactively with Congress to enact this crucial step.”

Will Biden take the next step and move to deschedule cannabis? Tune in next year, when the President starts working with a new Congress—and begins to consider his own re-election chances in 2024.

How to reschedule or deschedule marijuana under federal law