‘Billions’ finale will show sticky-icky side of federal weed prohibition 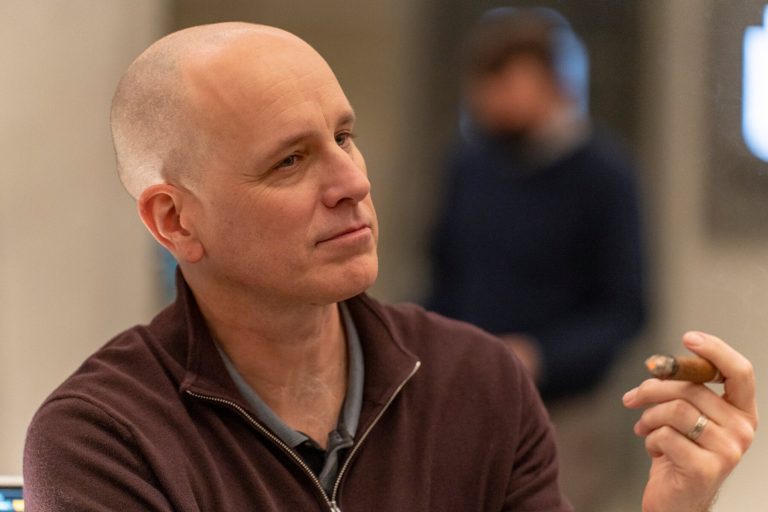 Based on a true story

In March, two consultants for delivery service Eaze Technologies Inc. were found guilty of conspiracy to commit bank fraud. The pair disguised payments made to Eaze using phony companies and overseas bank accounts. Otherwise, the company could not process card payments or deposit revenue in U.S. bank accounts thanks to federal prohibition.

While the consultants are already serving time, Eaze’s ex-CEO awaits sentencing in February, 2022. He pleaded guilty to conspiracy to commit bank fraud this February.

On Billions, art imitates life as the fate of capitalist superhero Bobby Axelrod hinges on a delicate dance between state and federal cannabis laws.

The power players on Billions want to know how and when federal prohibition will end. They’re looking to earn, not burn, off the profitable plant, which generated $18.3 billion in 2020. And as we all know, the U.S. is one precedent-setting Supreme Court case or executive order away from going green overnight.

Until then, Eaze and Billions’ high-stakes stories reveal the layers of financial and political influence at play in the fight to end prohibition. As we await that glorious day, cannabis startups and adjacent partners should take a few hints from both of these cautionary tales.

Whether you’re chasing billions in the cannabis industry or lighting up for the Billions season finale on Sunday, here are three do’s and don’ts of cannabis compliance that you can take to the bank.

It’s not just fun to say. Putting the “do” in due diligence will keep you out of some serious shit, no matter what business you’re handling.

Whether you’re a fictional cannabis entrepreneur or a real one, clouded judgement can lead to financial ruin. That’s why you should never feel too smart to study for potential pop quizzes from the feds or your market foes. Knowing the legal ledges of your industry is crucial, whether your company is playing offense or defense.

Learning the cannabis laws of any state or municipality is a crucial first step for any user, provider or professional in the cannabis industry. Click below to review our state by state guide to cannabis compliance.

Even in states that allow recreational use, doing any business with a cannabis company creates the risk of federal investigation, or worse. That’s why banks and credit card providers continue to deny their services to even the largest MSO growers and dispensaries. It’s also why cannabis remains an all-cash industry sprinkled with armored vehicles, automatic weapons and billions of “technically” illicit dollars.

In the real life case of Eaze, the ex-CEO and board members admitted to knowing sham corporations and foreign accounts were being used to disguise the company’s dank dollars. Eaze and its clients were simply tired of losing potential revenue because of electronic transactions and security measures. So they knowingly defied laws they saw as archaic.

They clearly did some due diligence. Just not enough, as all parties severely misjudged their hands, and the long arm of the law. Instead of riding their righteous crusade against the feds to a historic high, they’re all facing the sobering reality of steep fines and federal prison time.

In court last year, Eaze’s lawyers argued that their client’s bank was fully aware of the scheme. They claimed Bank of America and other partners overlooked Eaze’s actions for one reason: They were profiting from the fraudulent deposits and transactions themselves.

Since everything appeared legal, credit card payments were able to pass through Eaze’s system and into the bank, benefiting everyone involved.

“Eaze conspire(d) to disguise the cannabis transactions as transactions for dog toys, dive gear, carbonated drinks, drone components and face creams, among other things, to obtain approval for these transactions” – Federal lawsuit

Axe, was riding high after getting clearance to open a bank earlier in the season. He’d grown tired of gambling his billions on the global stock market. And he saw owning his own bank like owning a worldwide casino. Only problem: Prince and District Attorney Rhoades see the bank as the perfect trap for their elusive target, who usually scribbles problems away simply by pulling out his checkbook.

“When he wants something he’s blind to everything else,” said Prince at an anti-Axelrod strategy meeting in season five, episode 10, “Liberty.” “Axe wants to gloat over my failures, and probably make me fail some more. We need to use that against him.”

Rhodes responds, “He has a new toy. A bank… No speed limit, nothing to stop him from making mistakes. Fatal ones. The kind that could put a man in prison.”

They know that Axelrod’s competitive streak will push him to take big risks if it means defeating his rival Prince. Risks that include doing business with a cannabis company before completing his due diligence.

“I’m the bait, and the bank is the trap,” says Prince as they hatch their plan.

As district attorney of the same New York court that tried Eaze’s case, Rhoades identifies the fictional MSO “Fine Young Cannabis” to play the role of Eaze. Instead of faking transactions, Fine Young Cannabis’ CEO is found to be using illicit crops to supplement poor harvests.

“A legal cannabis seller cannot make up for seasonal shortfall by adding in a black market crop of Humboldt County with the legit stuff.” – Kate Sacker, Assistant U.S. District Attorney on Billions

Axelrod’s enemies knew that he would be so blinded by his desire to bank FYC before Mike Prince, that he would rush the deal. Skipping all due diligence and missing the major red flag hiding in the company’s weeds.

The takeaway? To avoid chasing bait into a similar trap set by regulators or competitors, always do your due diligence on the current laws. You should also be aware of the compliance measures being taken by all parties involved in your business. And remember, if a deal seems too good to be true, it might be!

In both Billions and the Eaze case, the federal whistle was blown by a competitor who was, or could have been, a partner.

In the Eaze trial, the ex-CEO’s defense blamed the federal case on a 2019 lawsuit filed by Eaze competitor DionyMed. The suit accused Eaze of committing bank fraud. But the company claimed the case was a false and a “thinly veiled attempt” by DionyMed to promote its new delivery platform, Chill, by knocking Eaze off the block.

The 2019 case was dismissed. But it flagged Eaze’s fraud and set up a slam dunk case for the feds, who already boast a 99.6% conviction rate. We don’t know how or why things turned sour between DionyMed and Eaze. But hindsight shows that Eaze’s leadership had many opportunities to avoid their legal issues with better pot politics.

On Billions, Prince uses himself as bait to lead Axelrod’s new bank into a similar federal nightmare. For the entire fifth season, Axe has been on a war path for Prince, who branded himself a younger, sharper and slightly richer Axe by stealing the cover story of Vanity Fair‘s “Deca-Billionaires Club” issue.

But as season five wraps up, the healthy rivalry has become reckless. Axe refuses to shift his tunnel vision away from his ego-trip with Prince. Realizing this, Prince joins Rhoades to proactively defend himself from Axelrod’s laser-focus.

Prince knows that Axe needs major depositors for his new bank. He also knows that his hyper-competitive enemy struggles with FOMO. For Axe, the risk of Prince’s new banking app beating him to the historic distinction of “first cannabis-friendly bank” is far more pressing than the risk of breaking federal laws.

To sell the play, Prince and Rhoades recruit one of Axelrod’s disgruntled employees to sneak the Fine Young Cannabis Trojan horse onto his radar. Axe’s long list of scorned mentees and partners are happy to align with this plan, pledging their skills and resources to the long-term con.

So what did we learn?

Instead of fighting like crabs in a barrel, smart entrepreneurs should network horizontally to build lifelong relationships across the industry. There’s enough green in this game for everybody. So make sure your competitiveness isn’t turning potential friends into foes.

In real life, federal prosecutors called witnesses from Bank of America to testify in the Eaze case. Until the SAFE Banking Act is passed, any partners or proceeds of cannabis-related businesses can be tied into similar cases.

One witness claimed that the bank’s policies prohibited cannabis-related businesses. But he also admitted that Bank of America knowingly profits from debit and credit card purchases made by cannabis customers. Essentially, the banks were not technically being harmed by Eaze’s actions. Considering how much BoA profited from their deposits, the defense argued the bank fraud charges were a bit dramatic.

Banks are required to monitor all transactions for suspicious activity, and to shut down accounts found in violation. BoA says they screened and denied service to companies with weed-related names. But Eaze’s defense argued that banks chose to overlook weed transactions since the feds were not enforcing prohibition in legal states.

In court, the Eaze contractors claimed they were unfairly targeted by the federal fraud statutes. They felt the government was making an example of them.

At sentencing for the Eaze consultants, the judge agreed that the matter was ultimately frivolous, given the steady state-by-state trek toward legalization. Both consultants were sentenced to under three years in prison, less than $1 million in fines and to pay back their $17 million cuts of the $108-million scheme.

To recap: Just like the real life defendants in the Eaze case, Axelrod’s greed is what led him into federal court. At many points in season five, Axe ignores advice from partners, friends and legal counsel to slow down before closing the cannabis deal. His general lust for power and unique envy of Prince made him an easy target for the trap.

The moral of these Mary Jane stories

Even if we all agree that no one should be in prison for non-violent cannabis charges, it’s hard to ignore how easily these sad stories could have been avoided with better judgement.

Trailers for Sunday’s finale (airing 9 PM EST on Showtime) suggest Axelrod will be arrested by the feds for banking FYC’s illegal revenues. And for once, his multi-billion-dollar net worth may not be able to bail him out.

Both Eaze and Billions show why there is no room in the cannabis industry for recklessness or greed. From the federal courts, to our favorite bro-opera, there’s more eyes on the industry than ever.

And between confusing regulations, deeply-invested legacy players and highly-active illicit markets, the stakes are too high to handle the weed game as anything less than strictly business.

Careful how you play your cards!

Calvin Stovall writes and produces media in Atlanta, GA and runs day-to-day operations for The Artistic Unified Exchange, a nonprofit that protects intellectual property on behalf of independent artists and underserved communities.