An origin story on the term “Stoner” 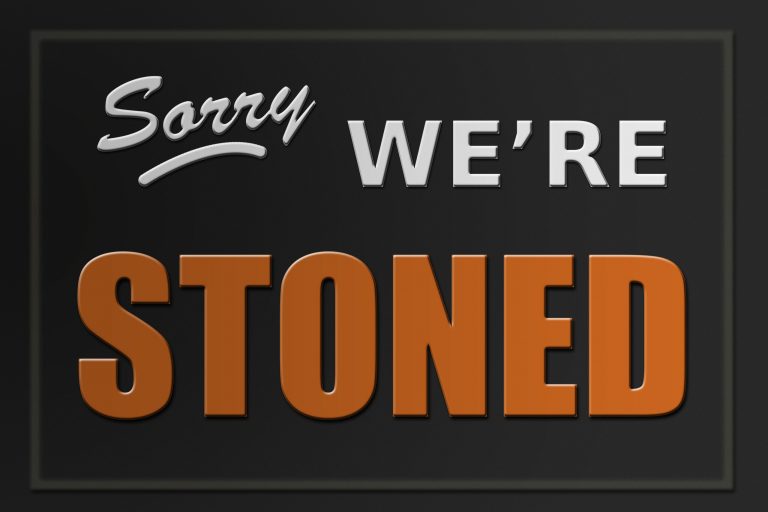 The word stoner has been used to describe cannabis consumers for what seems like forever. While “stoner” in itself isn’t a bad word, it tends to be used to stigmatize and demean enthusiasts of the plant.

If you search the term in Google, the results don’t depict everyday folks consuming cannabis. Chances are you’ll encounter cultural appropriation, pop culture references, and an abundance of red-eyed stereotypes.

Stoner is derived from stoned, which originates in biblical times. Back in the day, so-called sinners were pelted with stones as a form of punishment. Being stoned was more than a physical act, there was also the element of public shaming as your peers hurled insults and rocks at you.

Getting stoned was for the guilty, derelicts, and unsavoury types, not productive members of society. This act, and associated humiliation, lays the foundation for some of the casual and innocuous, but stigmatizing, words and phrases associated with the use of cannabis.

Stoned without the stones

In the ’20s and ’30s, people started using “stoned” or “stone drunk” as slang for people who were heavily under the influence of alcohol—looking beaten, battered, and worn, as if they’d been stoned.

Etymologists aren’t clear on when the definition of stoned shifted away from punishment to being an alcohol-related term. The first citation in the Oxford English Dictionary for the term “stoned” was in 1953, defined as “under the influence of drugs.”

This narrative was strongly influenced by the glossary section of the book “The Traffic of Narcotics,” co-written by Harry J. Anslinger, who was notoriously anti-drugs, a racist, and fueled the War on Drugs.

By 2022, the Oxford Dictionary takes a more directed stance on their definition of ‘stoned’: “A state of not behaving or thinking normally because of the effects of a drug such as marijuana or alcohol.”

“Most cannabis slang in North America comes from jazz music in the 1930s and ’40s,” says Dave Dormer, a Calgary-based journalist who also runs Cannanaskis, a tour company focused on the history of cannabis.

“Musicians were some of the main users of cannabis at the time and would slip words into their songs as a way of talking about cannabis without anyone knowing.”

Soon, the term stoned became a natural and frequent term for a cannabis-fueled state of mind.

We all live in glass houses (so don’t throw stones)

Getting stoned transitioned from a horrific act to a descriptor of appearance or actions associated with alcohol. In the end, it became synonymous with cannabis-related intoxication.

It can feel like we’re forever stuck with the stereotype that cannabis consumers look battered or worse for wear—a stigma that’s hard to break. The best way to defy expectations of what a cannabis lover looks like is to live life authentically as your best stoner self.

Roderick is a freelance writer and content creator focusing on the psychedelic and cannabis industries, as well as Communications Director at the Known Group. After a decade in the lab researching the genetics of cancer and ageing, he adopted the lifestyle of a digital nomad—learning French in Southern Quebec before landing in Belgium with his partner. Roderick is co-founder of Psillow, an online resource that facilitates education on psychedelic mushrooms and the thriving underground market that remains the only viable access point in Canada.