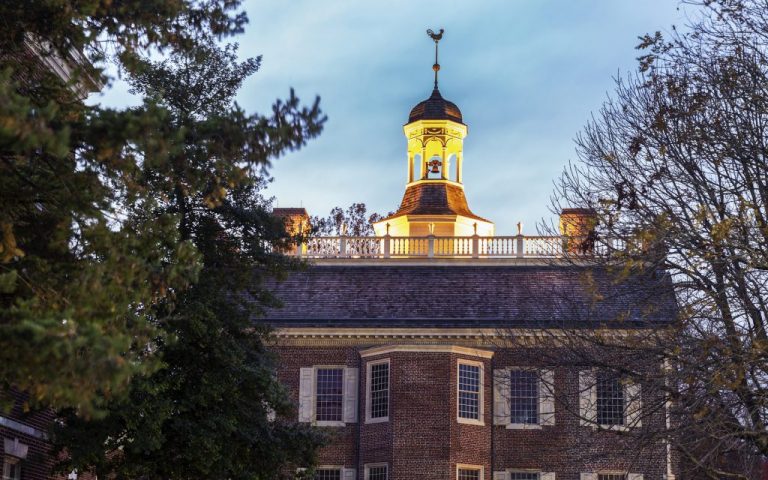 C’mon Delaware, you can do it!

Earlier this afternoon, May 12, the Delaware Senate voted 13-7 to send an adult-use legalization bill to the desk of Gov. John Carney. A vocal prohibitionist, Carney could still veto the bill and send it back to lawmakers.

While the bill, HB371, removes all penalties for the possession of up to one ounce of cannabis, it does not establish a regulatory framework for a state-licensed adult-use market. Legalization advocates included those in a separate bill they hope to pass soon.

“The governor has expressed some concerns with this issue generally, and the reality for us as legislators is that we have to make these decisions in a little bit of a tumultuous set-up here,” said Senator Kyle Evans Gay (D) on the Senate floor earlier today.

In Delaware, Democrats control the governor’s office and both houses of the state legislature, but Gov. Carney has differed with his party on the issue of legalization.

At that point, however, lawmakers could likely override his veto. They’d need a two-third supermajority to do so.

That fact did not seem lost on the bill’s opponents during today’s Senate vote.

“We might as well call this ‘encourage illegal behavior act,’” said state Sen. Colin Bonini (R). “Because where are you going to get [cannabis]? A drug dealer.”

Since HB371 permits the transfer of up to one ounce of cannabis without compensation, it effectively legalize a “gifting” market—where free cannabis is thrown in with the purchase of a symbolic item or piece of art.

If the regulatory bill fails to pass in the next ten days, Carney could veto HB371 to eliminate the possibility of an unregulated market.

Stay tuned for more information on cannabis legalization in Delaware.