Almost anyone can buy legal marijuana in Washington DC now. Here’s how 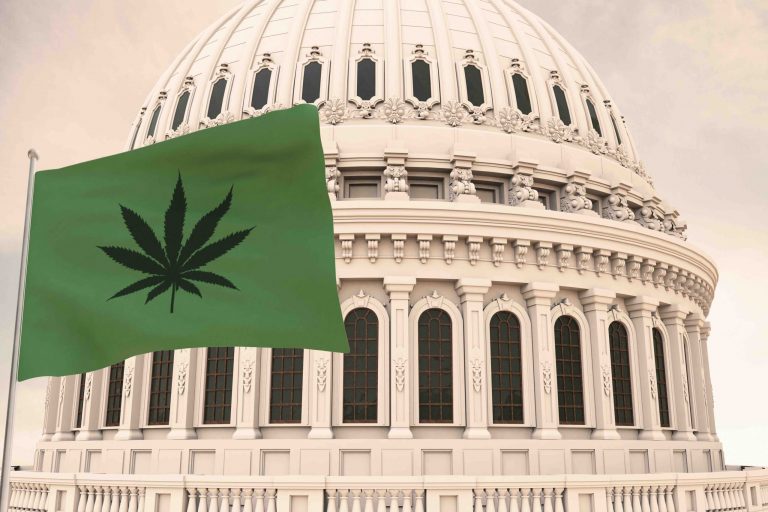 Visiting patients can certify themselves? Let’s give it a try!

This is what the new law promises: Any adult—resident or visitor—can go online, present a valid ID, and pay a $30 fee to obtain a temporary 30-day digital recommendation. With that recommendation they can access the city’s legal, licensed dispensaries.

Does it deliver on that promise?

I happened to be in Washington DC earlier this week, so I gave it a try.

Here’s what’s going on in DC

DC’s licensed medical marijuana dispensaries have been open since 2013. The following year District voters passed Initiative 71, which legalized the possession and use of up to two ounces of marijuana by anyone 21 or older. Since then, both parties in Congress have blocked DC’s attempts to license and regulate adult-use weed stores.

In the last couple years, local entrepreneurs began opening “I-71 compliant” gifting stores in the District. Customers pay for a non-cannabis item, like a postcard, and receive an eighth of weed as a gift with the purchase. Wink-wink, nudge-nudge.

The DC Mayor Muriel Bowser has been clear about one thing: Gifting stores are not legal. Her office even issued a fact sheet explaining it. At the same time, Bowser and Metro Police have declined to take action to shut down these stores. Optics and politics are involved, as is a justified bitterness toward Congressional paternalism.

That’s led to a situation where unlicensed weed is being sold openly—though it’s not consumed as openly as in other legal cities. DC is a confusing checkerboard of federal properties where you could get busted on federal drug charges for holding a half-gram joint. Stoner beware.

Bowser and other DC leaders apparently thought it might be better if people bought licensed, tested, and regulated medical marijuana products rather than mystery brick in I-71 stores, which are not regulated at all. Hence the new law. Which I tested a few days ago.

The I-71 experience: Flight Pass

On Monday afternoon, I took a stroll through the 14th and U neighborhood, one of America’s most storied hubs of Black culture and history. (Read more about that here.) That status lives on today, as anchor tenants like Ben’s Chili Bowl and the bookstore Busboys and Poets remain required stops for the culturally cognizant.

Fourteenth and U is also where today’s struggle between I-71 stores and licensed dispensaries is playing out in real time. Two I-71 stores straddle the corner—Legacy DC Weed and Flight Pass. I chose Flight Pass. It had a sandwich board on the sidewalk: FREE GIFTS, I-71 COMPLIANT.

After being buzzed through a locked front door, one of two staff members checked my ID to confirm my 21-or-older age. I said I was looking for a pre-roll. “I’m from out-of-town. How does this work?”

“I’m going to sell you a postcard,” said the other staffer. “Along with that postcard will be a pre-roll gift. It’ll be a ten-dollar postcard.”

The store reminded me of West Coast dispensaries ten years ago: A lot of rolling papers and lighters, but precious few actual cannabis products. A glass case held a few eighths of so-so looking flower, next to three vape cartridges. The store’s online menu offers 500mg worth of gummies for $50, which is five times the THC limit (per edible package) in most legal states.

A staff member showed me the menu on a tablet, with product names but no images or prices. I asked what they had in pre-rolls. They had two choices, “both hybrid.” I went with the Top Shelf Mystery Pre-Roll.

The staffer disappeared into a back room to retrieve the item. She re-appeared and announced, “That will be ten dollars for your postcard.”

I handed over the cash. She reciprocated with a postcard “and your gift,” she said, which was—quelle surprise!—a single pre-roll in a doob tube.

As a shopping experience, the I-71 store left a lot to be desired. Product selection was small. Product information was practically nonexistent. A single $10 pre-roll was acquired—it looked like about .7 grams of flower—but I wasn’t certain I trusted it enough to fire it into my lungs.

Here’s where I screwed up. I’d scheduled a political interview shortly after completing my purchase at Flight Pass. When I arrived at my destination, I realized I had to walk into a federal building. Which meant I had to ditch my Top Shelf Mystery or risk an uncomfortable engagement with a cadre of federal cops checking bags at the door.

Just to be clear: Cannabis is legal for adults within the borders of Washington DC, but not on any federal properties within those borders.

The federal property problem is real. Watch yourself out there.

Somewhere in DC’s Tenleytown Trash system there is a lonely $10 pre-roll living its worst life.

Learn from my mistake, readers. Keep DC’s federal property challenges in mind as you plan your purchases.

Getting a DC med card over coffee

A couple hours later, I gave the new self-certifying DC med card system a try so I could visit a licensed and regulated medical marijuana dispensary. I popped into a coffee bar, grabbed a macchiato, and went online.

My first attempt failed. I couldn’t get the site to upload my ID and headshot. Frustrated, I sent an email to the site’s help center.

They answered within the hour.

I nearly spit my coffee. Come on. Nobody in government answers within a week. But I swear to you I got a reply in exactly 34 minutes. Anna, a staff assistant with the licensing division of DC’s Alcoholic Beverage Regulation Administration (ABRA), gave me helpful advice and looped ABRA’s medical cannabis director into the conversation for visibility.

And no, I didn’t use my Leafly email or play some sort of industry or media card. I was just a guy.

I re-tried the system, using my iPhone this time, and it worked perfectly. Within 60 seconds of paying the fee I had my 30-day self-certified medical marijuana card. (Actually, just an email record.)

Gold stars for the staff at ABRA. You rock.

With e-mail in hand, I buzzed into the Capital City Care dispensary near 12th and U, about two blocks east of Flight Pass.

Capital City Care was the District’s first licensed medical dispensary to open back in July 2013, and it remains one of the best options for patients in the city. After buzzing in, a staff member checked my ID and asked me to forward my ABRA 30-day recommendation email to him. “That’s the best way for us to confirm,” he said.

Email sent and received, I breezed into the retail room where a budtender stood before an expansive wall of licensed and branded products.

They offered, among other things:

All in all, the products and prices were pretty close to what I see back in Seattle’s adult-use stores.

I chose a pack of pre-rolls from Jane West, a nationally known brand founded and run by an actual person named Jane West. I’ve known Jane since the early Colorado days, where she established herself as a trailblazing entrepreneur and cultural leader who showed us all how to be a cannabis consumer without apology.

Jane West, the company, is based in Colorado, and marijuana can’t legally cross state lines. So where did this flower actually come from? “Cultivated by Phyto,” said the label. Ahh—that made sense. Phyto runs DC’s largest local licensed cultivation facility. District Cannabis is their product, and also white-label their flower to brands like Jane West.

For visitors to Washington DC, the new self-certifying system is a radical improvement. It works so well that it should be the gold standard for medical marijuana regulators in other states. Kudos to the city officials at ABRA. You’ve improved many lives with your work.

At the same time, there are aspects of the process that remain imperfect and troubling. It’s an easy $30 for a 30-day card for DC visitors. DC residents can also self-certify, but they must pay $100 for a two-year card. There is an option for a reduced rate of $25, but patients must provide documents proving they earn less than 200% of the federal poverty level. (200% would be about $26K a year for an individual).

In other words, even with the new self-certify system, District residents are still going to have to pay $50 a year for the privilege of buying high-quality cannabis products. It’s essentially like a Costco membership. If you live in DC, you can pay the annual fee and shop in the licensed dispensaries, or you can forego the fee and take your chances with mystery brickweed in the I-71 stores.

Credit Mayor Bowser for making the best of a difficult situation. That $50-a-year fee is nothing more than a Shame Tax leveled on District residents by Congress members who act like 18th Century English lords, dictating what the townfolk may or may not do. If Congress would get out of the way and let Mayor Bowser regulate rec sales like a legal state, consumers could shop without the annual fee.

Doing so would require Congress to acknowledge that the 700,000 citizens of Washington DC have the right to run their own city as they see fit. But that’s another story entirely.