5 exotic weed strains you can get in Portland 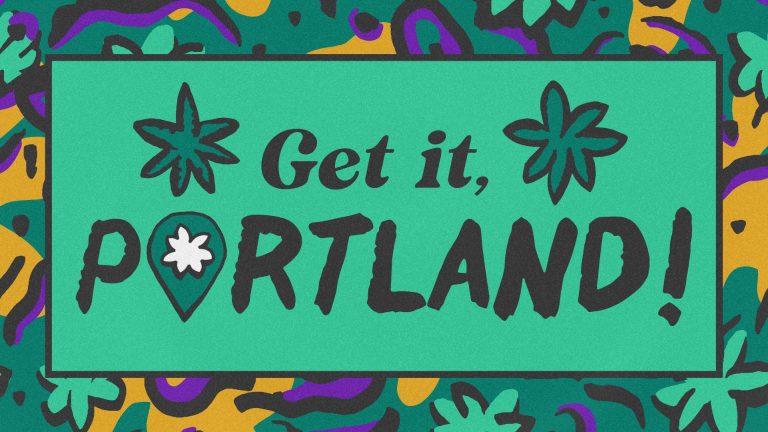 From pollen to plant, these Oregon strains are created by some of the state’s most dedicated breeders.

The state of Oregon has a longstanding relationship with cannabis cultivation and breeding. It’s a big part of what makes the state such a special destination for weed lovers.

Oregon has long forged its own striking, original cannabis cultivars, including DJ Short’s Blueberry, a worldwide phenomenon with roots in 1970’s Eugene, and modern projects like Grandpa’s Gun Chest by Surfr Seeds.

Historically, the state’s cannabis breeders have drawn from the local terroir as well as Oregon’s position as the connective tissue between California and Washington, accumulating genetic treasures up and down the West Coast and remaking them anew.

So for 420 this year we’re highlighting unique, exotic strains from Oregon farms who breed their own cultivars or grow standout versions of strains created by local breeders. A number of these strains are available elsewhere, but the versions here are unique to Oregon and demonstrate the fabric and character of contemporary Oregon weed.

Supa Durban is a cross of Durban Poison and Super Silver Haze grown by Deep Creek Gardens and bred by Dynasty Genetics. A throwback to the giddy Hazes of decades past, Supa Durban offers a euphoric, day-erasing high that’s signature to terpinolene-dominant strains, with a primary bubblegum scent.

Though Hazes were once common, the majority of commercial growers have phased out long-flowering, terpinolene-dominant sativas in favor of fast-flowering hybrids with more THC. But not Supa Durban stewards Deep Creek Gardens.

Deep Creek’s menu offers a rare window into the cannabis flavors that put Oregon on the map: They preserve the spirit and aroma of heritage PNW classics like Ice Queen and the storied Blue Magoo, an early berry-scented strain that forked from DJ Short’s Blueberry line.

The Green Planet dispensaries stock fresh flower straight from their own GP Farms. On 4/20/2022, visit any The Green Planet dispensary for 20% off all flower and 50% off 25+ brands. While you’re there, don’t miss star cultivar Blueberry Muffins. This strain has a nose reminiscent of your favorite blueberry bagel toasted to perfection. The relaxing indica features dense green buds coated in a blanket of white trichomes. Expect sweet, berry notes and indica-like effects that will take the edge off, but not so far as to be sleepy.

Grown and bred by Monmouth-based Doghouse Farms, Zoinks! is a cross of Scooby Snacks and Zkittlez with a showstopper nose game and energetic high.

Crack a nug and a gassy, citrus zest sharpens into white pepper, sour, and wood notes. The smoke has a tangy, orange-peel fuel and a metallic sour exhale that tickles the back of the nose.

Offering an energetic, feel-good headspace with little heaviness in the body, Zoinks! is well-suited to creative activities as well as social engagements.

Doghouse got its official start in Salem, Oregon in 2010 and has since expanded to Washington, Michigan, and Florida. In 2020, they relocated and expanded their Oregon operation to a purpose-built facility in Monmouth, giving them more room to create, pheno-hunt, and refine new strains.

420 is the perfect time to treat yourself to a hardware upgrade. For the ultimate dabbing experience, look no further than Dr. Dabber’s Boost Evo. Evo’s patented temperature controlled heating element allows you to dial in your experience to get the best possible flavor from your favorite concentrates. With new features that elevate Evo’s ease of use to the next level, it’s ready to be your everyday rig.

Wyeast gave the growers early access to prized seeds of their Horchata line, and Eastwood gladly took up the pheno-hunt, keeping genetics from Zuyaqui and sister strain, Half Pint.

The featured Dogwalker OG x Horchata will pull your nose into the jar with an incense of cedarwood, clove, and musky petrol, likely inherited from the Dogwalker OG. Smoking reveals creamy, mentholated gas, doughy cinnamon, and sour tastes from the Horchata.

Established in 2013, Eastwood Gardens is owned and operated by a pair of Portland natives who started during the state’s med era. The farm explores ahead-of-the-curve flavors that bridge the local scene and larger national trends.

Though they operate a small-batch grow, Eastwood recently expanded to a second location and will soon release a line of house-made rosins sourced from their squishy and stinky flower.

The most buzzed-about product in five’s lineup of CBD+THC gummies and tinctures, Daily Buzz Gummies make it easy to get your daily dose of relief. Each gummy contains 25mg of CBD, 5mg of THC, and the highest concentration of minor cannabinoids. Turn to these full-spectrum wonders whenever you need a joyful lift. As a big 420 bonus, you can get 40% off + free shipping site-wide from five on 4/20-4/21.

Headrush Hill Farms is based in Boring, Oregon and known for their hashy, Chem-leaning fuel strains like Han Solo Burger and Hash Burger.

Emanating a muted fuel that gains piney lavender notes out of the pipe, Hash Burger—a cross of Han Solo Hashplant and Double Burger—is the pollen donor for Headrush’s breeding collaboration with Stardust Cultivation.

We await the Woo Tang Breath and Hash Burger lines, both of which are slated to drop as limited-batches under Headrush Hill Farms. In the meantime, check out their existing line of fuel-focused flower.

Sour Diesel seeds are an excellent choice for anyone looking to add a get-up-and-go cultivar to their garden. The hybrid is known for its energetic, fun high with an energy kick that will have you clearing the day’s to-do list in no time. Just want a fun day of feeling good? The fuel-forward, funky strain is great for that, too. The seed-smiths at I Love Growing Marijuana are celebrating the season with their biggest sale ever, so right now you can buy ten seeds and get ten seeds of Sour Diesel fems free, and a huge selection of other strains.

Cherry Lime Slushy is a citrusy cross of Tahiti Lime and Cherry Stout, bred and grown by Sandy, Oregon-based cannabis producer Heroes of the Farm.

Established in 2005, Heroes is known for breeding and growing their own strains, drawing from heritage genetics of the Pacific Northwest while inducting modern flavors into their breeding pool.

Their popular Cherry Stout line relies on a combo of classic Cherry Pie and their own Guinness, a cross of Scooby Snacks and Mystery Machine. Standouts from the Cherry Stout line include Cherry Truffle Shuffle, as well as several phenos from Cherry Stout’s f2 generation.

Yet we couldn’t resist featuring Heroes’ Cherry Lime Slushy. Amongst its peers, the strain distinguishes itself with a cutting sour-lime bouquet and tension-free yet alert effects.

Aromatically, Cherry Lime Slushy is fronted by a bright and tart lime, with touches of graphite and bitter cherry. The strain inherits its primary traits from Tahiti Lime, known for its piercing, hard candy, lime scent, and lively creative energy. The Cherry Stout seems to limit the strain from getting too racy, while leaving a slight berry or stone fruit note.

Look for Cherry Lime Slushy and other Heroes of the Farm Cherry Stout crosses at select Oregon dispensaries.

Matt Stangel is Leafly’s Oregon Product Specialist. His cannabis-related writings have appeared in The Guardian, Willamette Week, Cascadia Magazine, and elsewhere—links to which are available at Cannapinions.com.