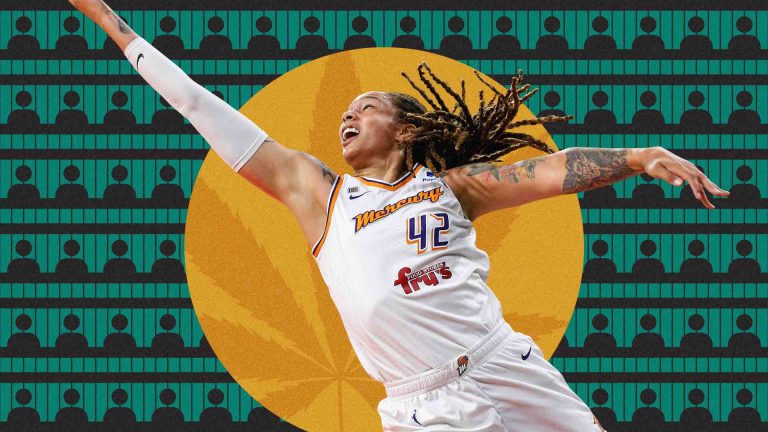 That action is important because it could lead to Griner’s eventual release in a prisoner swap similar to the one that brought home former U.S. Marine Trevor Reed last week.

This is excellent news for Griner, her loved ones, and her supporters—of which I am one.

But forgive me if this move also leaves me appalled and outraged.

ESPN reporter T.J. Quinn, who has been diligently working the Griner story, coaxed this confirmation out of the feds last night: “The Department of State has determined that the Russian Federation has wrongfully detained U.S. citizen Brittney Griner. With this determination, the Special Presidential Envoy for Hostage Affairs Roger Carstens will lead the interagency team for securing Brittney Griner’s release.”

Quinn also reported that Bill Richardson, the former U.S. ambassador to the United Nations, has agreed to work on Griner’s case as a negotiator.

Again: Good news. But you know who is also being “wrongfully detained” by police authorities? 350,000 Americans, in their own country. Every damn year.

According to the latest available FBI data, 350,150 Americans were arrested on cannabis-related charges in 2020. More than 90% of those arrested were rung up on simple possession, which is now legal for all adults in 18 states.

Those arrests are underpinned by the same U.S. government that is now arguing that Brittney Griner has been “wrongfully detained” for allegedly possessing cannabis vape cartridges while crossing an international border.

Just so we’re clear: It’s now the official policy of the U.S. government that the arrest of one American for cannabis possession in Russia is a wrongful abuse of state power, while the arrest of 350,000 Americans for the same victimless act is an appropriate expression of law enforcement.

You can help free America’s cannabis prisoners. Here’s how

Ms. Griner needs and deserves support. So does Kevin Allen, pictured at left, who’s currently serving life without parole in a Louisiana prison for selling $20 worth of weed.

Edwin Rubis could use some help, too. He’s doing 40 years in a federal pen for cannabis distribution. Don’t forget about Moe Taher. He’s served 7 years of a 25-year stretch for selling cannabis.

Those are just some of the most egregious examples of Americans wrongfully detained. Their cases have been taken up by the good folks at the Last Prisoner Project. Hundreds of thousands of others have their lives derailed by low-level cannabis charges every year. They may not be sitting in prison, but they suffer the long-term consequences of a weed arrest nevertheless.

Put Biden’s feet to the fire

Joe Biden campaigned on a promise to decriminalize marijuana. That was nearly three years ago. To date, President Joe Biden has done nothing to carry out that promise.

We are tired of waiting. More than two-thirds of all Americans now support the legalization of cannabis. Voters in both parties support the end of federal prohibition. Cannabis arrests are senseless and cruel, not matter where they happen.

And yet here we are, with Joe Biden’s State Department pointing an accusatory finger at a foreign nation for arresting an American for allegedly possessing a small amount of cannabis.

You may not see them, but 350,000 Americans are pointing the finger at you, Joe.

The Haymaker: Stirring things up around here